Get Ready: Three Huge Social Security Changes Are Coming in 2022 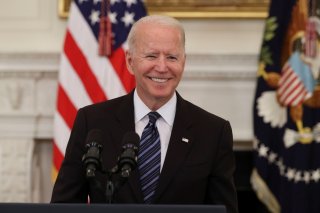 It appears that in recent years, Social Security benefits—which were largely designed to supplement company pensions and retirement savings—are now being relied on more heavily than ever to fund a comfortable retirement for millions of American seniors.

With this in mind, many experts often urge soon-to-be retirees and those who are currently receiving benefits to stay on top of any program changes that could have sizeable impacts on how much their monthly checks will be. Do keep in mind that, according to financial site the Motley Fool, there will, in fact, be three particular changes for next year that all Americans should know about—and here they are.

The SSA has confirmed that there will be a 5.9 percent cost of living adjustment (COLA) for next year, which will certainly help roughly seventy million Americans who rely on Social Security benefits. That mammoth increase—the largest bump to benefits in nearly forty years—is expected to boost retirees’ monthly payments by about $90 to an estimated average of $1,657, and a typical couple’s benefits will climb by roughly $150 to $2,754 per month. Know that just last year, the Social Security COLA only came in at 1.3 percent, which gave an average $20 boost to the monthly payments.

For those who get Social Security benefits before full retirement age (FRA), it is often true that earning too much from work will mean smaller Social Security checks. But do take note that a change will occur next year that should help out millions of retirees. “In 2021, older workers who wouldn’t hit FRA throughout the entire year were allowed to earn $18,960 before forfeiting $1 for every $2 in excess earnings,” the site writes. “In 2022, that amount is going up to $19,560. And for those who will hit FRA during the year, the earnings limit was $50,520 in 2021, after which benefits would be reduced by $1 for every $3 in extra earnings. This is going up to $51,960 in 2022.”