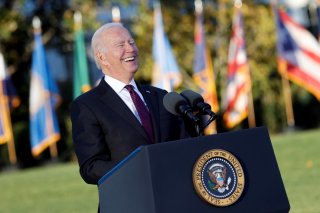 Following the passage of the “Infrastructure Investment and Jobs Act,” President Joe Biden’s long-awaited bipartisan infrastructure bill, the United States will spend roughly $1.2 trillion on American infrastructure. The spending will be divided between improving physical infrastructure, including roads, bridges, and waterways, and “core infrastructure,” referring to necessary goods such as water, electricity, and internet access, each of which the government helps to procure.

In each category, the United States sorely needs additional infrastructure investment. The American Society of Civil Engineers, or ASCE, regularly grades America’s infrastructure network for durability, efficiency, and functionality; this year’s grade, issued in March 2021, was a C-, the highest grade that the U.S. had ever received (it is usually in the “D” range). Early estimates suggested that the problems with infrastructure would take at least $2.5 trillion in spending to fix.

Of the money included within the appropriation, $40 billion of it is specifically devoted to bridge repair and maintenance, as well as the construction of new bridges. This number is included within the $110 billion set aside for concrete infrastructure in general, also including roads and highways—around twenty percent of which are crumbling or in danger of disrepair, according to the White House, in addition to 45,000 bridges nationwide.

Another major problem that the bill is concerned with combating is climate change, which Biden administration officials stressed could cause damage to existing infrastructure through severe weather events. Another $16 billion was also set aside for “megaprojects” existing outside the scope of normal funding programs. Nearly $40 billion is provided for public transit projects, which are perceived to sharply cut the consumption of fuel.

The Biden administration did not accompany the bill with a tax increase, claiming that the bill would pay for itself in a number of ways, including through increased efficiency. The Congressional Budget Office argued in turn that it would increase the national debt by $256 billion over the next decade.