Go Joe Biden: Infrastructure Bill Finally Approved (But What Next?) 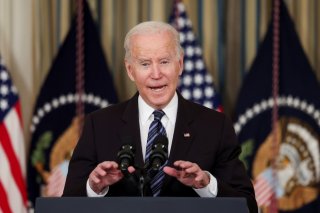 President Joe Biden has thrown his weight behind an immediate vote in favor of the two major infrastructure proposals stalled by infighting within the Democratic Party—a $1.75 trillion spending plan, halved from its original target of $3.5 trillion, and a smaller, less controversial $1.25 trillion infrastructure bill that enjoys the support of nearly all Democrats and some Republicans.

On Friday, Biden made calls to Democratic legislators in the House, urging them to vote “Yes” on both of the bills. That evening, the smaller bill—which had already received Senate approval—was approved in the House, with 228 representatives voting for it, including thirteen Republicans, and 206 voting against, including six Democrats. It now heads to Biden’s desk, where he is expected to sign it immediately.

While the status of the second bill remains unclear, the Biden administration has indicated that it will continue to push for a vote as soon as possible.

“Right now, we stand on the cusp of historic economic progress,” Biden told reporters in a midday press briefing. “Two bills that, together, will create millions of jobs, grow the economy and invest [in] our nation and our people.”

The combined $3 trillion in new spending includes traditional infrastructure concerns, such as roads and schools, but it also includes efforts to fight climate change and expand the social safety net—priorities that some Republicans have decried as wasteful spending.

The bills have been the subject of bitter infighting within the Democratic caucus, with conservative Democrats, notably Sens. Joe Manchin (D-WV) and Kyrsten Sinema (D-AZ), opposing the larger bill on the basis of its cost, and progressive Democrats, led by Rep. Pramila Jayapal (D-WA), having earlier opposed a vote on the smaller bill until the larger bill was passed at the same time, owing to fears that some moderate Democrats might approve the smaller one before turning to oppose the larger one.

Manchin has continued to oppose the scaled-back $1.75 trillion bill until the Congressional Budget Office (CBO) completes its report on the bill’s financial impact on Americans. Biden has claimed that proposed tax increases on multimillionaires and big business would pay for the programs, and no money would be added to the deficit.

Jayapal, however, has agreed to wait for the CBO score before pushing to bring the bill to a vote.

The importance of cooperation on Capitol Hill has been emphasized by recent events in Virginia, where Democratic infighting was thought to have played a role in Republican Glenn Youngkin’s upset victory over former Democratic governor Terry McAuliffe in that state’s November 2 gubernatorial race. The Virginia election was widely framed by media commentators as a referendum on the Biden administration’s job performance, although the president’s poll numbers sharply declined over the summer—in large part because of the U.S. loss of Afghanistan, but also due to discontent over its seeming inability to approve popular legislation.