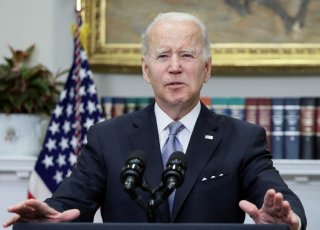 President Joe Biden has not yet fulfilled his ambitious campaign promise of canceling $10,000 of federal student loans, but it appears that he is coming closer to making that a reality.

According to CBS News, during a ninety-minute White House meeting earlier this week with members of the Congressional Hispanic Caucus (CHC), Biden expressed his openness to eventually wiping out some debt for college students regardless of whether they attended a public or private institution.

Such a move could directly impact more than forty-three million borrowers who hold more than $1.7 trillion in federal student loan debt—a larger burden to American households than credit card or auto debt. Roughly a quarter of student loan borrowers—or ten million individuals—are estimated to be in delinquency or default.

“The president never mentioned an amount nor did the president say that he was going to wipe out all student debt,” Rep. Tony Cardenas (D-CA), who attended the meeting, told the news outlet. Cardenas further said that “he did a dialogue with us about the differential between young people who went to public schools or private schools and we CHC members said he should focus on both. And he said, ‘Okay, good to know.’” He added that “we're looking at it from a vantage point of if they needed help getting through college and they took on debt, it shouldn't matter.”

Cardenas also mentioned that he reiterated to the president that the CHC is fully behind any executive action that would forgive at least $10,000 in student loan debt if Congress isn’t able to pass legislation doing so. In response, Cardenas claimed that Biden “smiled and said, ‘You're going to like what I do on that, I'm looking to do something on that and I think you're going to like what I do.’”

Since taking office, the Biden administration has so far canceled more than $17 billion in student loan debt for about 725,000 borrowers. And earlier this month, Biden announced yet another extension, through August 31, of the payment pause on federal student loans. The freeze on the repayments, which has been in place since the start of the pandemic more than two years ago, had been scheduled to expire on May 1.

During a press briefing on Monday, White House press secretary Jen Psaki acknowledged that the Biden administration would make a decision about canceling some student loan debt between now and the end of August. She added that “not a single person in this country has paid a dime on federal student loans since the president took office.”