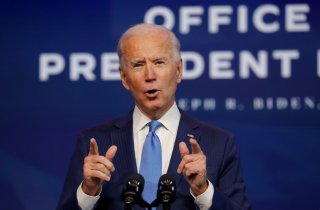 The average Social Security benefit for this year amounts to only about $1,650 a month, which does not amount to even $20,000 a year.

This makes Social Security difficult to live off as a primary source of income, especially amid the pandemic and red-hot inflationary pressures that have affected everything from gas and food to rent and mortgage payments.

So, if there was a way to get a $900 Social Security raise every month, it will surely garner plenty of interest from seniors who are currently struggling to get by.

“If you want to supersize your Social Security check, the most reliable way to do that is to wait for it as long as possible—and ideally not to file for benefits to begin until you’ve hit your 70th birthday,” personal finance expert Christy Bieber wrote at The Motley Fool.

“This may sound like a big sacrifice since benefits become available as early as 62. But the payoff can be huge,” she continued.

Bieber then examined what would happen if people decided to claim their benefits at age sixty-two. “You’d be subject to five years of early filing penalties, which equal 5/9 of 1 percent for the first 36 months you claim benefits before FRA and 5/12 of 1 percent for each month you get checks before then,” she writes. “Your $1,657 check would shrink by 30 percent in total due to these penalties and would come down to about $1,160. That’s a $497 difference.”

As for the aforementioned $900 difference, that can be achieved by waiting far beyond a person’s FRA to start collecting at age seventy.

“By doing so, you’d earn the maximum amount of delayed retirement credits, which become available to those who don’t get their first Social Security benefit until after FRA,” Bieber noted.

“Delayed retirement credits are worth 2/3 of 1 percent per month, so earning three years of them by claiming checks at 70 instead of 67 would lead to a 24 percent increase over the amount you'd have received at FRA. Adding 24 percent to a standard benefit of $1,657 would bring it up to around $2,055 per month. That’s $895 more per month than the payment that would’ve come if your checks started at 62,” she concluded.

However, despite the chance to land much larger checks just for waiting, the SSA revealed that in 2020, only 5.9 percent of men and 7.5 percent of women filed for benefits at age seventy or later.