Here's Why You Might Not Be Getting Your Social Security Benefits 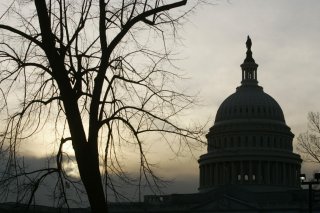 It’s a Kafkaesque nightmare that’s happened to more than a small handful of Americans in the last couple of years. Many taxpayers have been unable to get crucial government benefits delivered to them because the government wrongly believes they are dead.

The latest such case to make the news is a ninety-one-year-old Maryland woman who has been falsely declared deceased by the Social Security Administration.

According to WMAR, the woman is listed as dead in an SSA database, and correcting such a mistake is no easy task. “I have nothing. No Social Security, no insurance, no nothing,” the woman told the TV station. “I’m kind of stunned to tell you the truth.”

The mistake was discovered when the woman’s daughter and son-in-law went to withdraw cash from her account and received an “insufficient funds” message, WMAR’s report said.

“That's when we were told your mother's been declared dead. Social Security has taken back this money,” the daughter told WMAR.

The government then said the woman, who had barely left her home since the start of the pandemic, would need to come to a Social Security office in person to prove that she was still alive. But even after she did, she did not receive her due funds, leading her to contact the news media.

This has happened in a number of cases since the start of the pandemic, often with older individuals who were unable to receive stimulus checks, tax refunds, or other government benefits. This included an Indiana man who was mistakenly declared dead by the IRS and even received a letter of condolence for his own “death.”

Also in 2021, an Oklahoma man was mistakenly declared dead when his wife passed away, becoming aware of the mistake only when he tried to file a tax return and was told he couldn’t because he had “died.”

“The SSA Death Master File is used by leading financial and credit firms as well as government agencies to match records and prevent identity fraud. To assist in this effort, NTIS and SSA are working together to offer the SSA Death Master File more frequently and with fewer delays,” the file’s website says, adding that it is updated weekly and monthly.

“By methodically running financial, credit, and other applications against the Death Master File, the financial community, insurance companies, security firms and state and local governments are better able to identify and prevent identity fraud.”

WMAR reported that in 2019, SSA removed 6,873 death entries from the Death Master File.