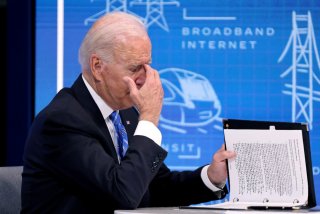 For the average earner, Social Security benefits provided by the federal government at retirement age replace 40 percent of that person’s pre-retirement income. This amount varies slightly depending on one’s income; for poorer Americans, the percentage tends to be higher, while for richer ones it tends to be lower. However, the 40 percent average is the standard for the middle class, as espoused by the Social Security Administration on the agency’s website.

For some Americans, this amount alone is enough to live on. For most, however, it is not. While one’s income will decrease drastically after retirement, one’s expenses usually will not. For Americans who have saved during their careers, this is less of a problem, as retirement savings can make up the shortfall. There are several legal ways to save effectively for retirement, mainly through 401(k) and Roth Individual Retirement Account (IRA) plans, which can accrue wealth tax-free over a person’s working years if they begin saving early.

For the nearly two-thirds of Americans currently living paycheck to paycheck, however, contributing large amounts of money to retirement savings is not an option. For these people, it might be useful to plan for a delayed retirement. The benefits of doing so are threefold. First, they give a person a few more years to accrue savings. Second, Social Security payments are calculated based on the 35 highest-paying years of a person’s career. Since most people earn more at the end of their careers than at the beginning, working for more years can help to push out lower-wage years and increase the overall level of the benefits. Finally, waiting until age seventy to claim one’s Social Security benefits increases the benefit level by roughly 25 to 30 percent, improving the quality of one’s retirement.

These strategies might not be appropriate for everyone. Above all, it is crucial for everyone to do as much research for themselves as possible. The largest danger with Social Security is its permanency; after benefits are claimed, they remain at that level for the rest of a person’s life, meaning that the consequences of making a poor decision can be catastrophic. If a person believes that he or she can survive on Social Security benefits alone, and is mistaken, that person has to live with the error for their remaining years. And while there are strategies for making Social Security payments travel further, none of them can assure a comfortable retirement.