How Biden Can Help Europe Secure a Clean Energy Future 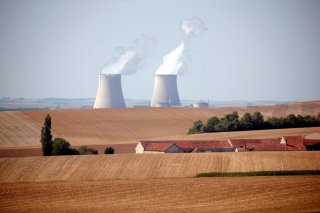 President Joe Biden campaigned on speeding up the American energy transition away from fossil fuels towards “clean” renewable sources like wind and solar. During his short time in office, the Biden administration has moved to put green rhetoric into action by his energy team picks, rejoining the Paris Climate Accord and signing executive orders to end fossil fuel finance. Despite these significant initiatives towards decarbonization, nuclear power has been absent from recent policy discussions, despite its domestic backers’ high hopes. Even though atomic energy is proven to be an efficient and emissions-free source of power, American public attitudes towards nuclear energy have seen its utilization as a power source lag compared to other countries, with the U.S. reactor system aging.

The need to modernize nuclear reactors is also proving to be a challenge in Europe. From the United Kingdom to Ukraine, aging nuclear power reactors have become a significant source of contention in national energy debates. It’s also an issue that is starting to pose a severe transatlantic security consideration for the United States. Throughout Europe, Russian and Chinese contractors are aggressively bidding to build atomic power plants. This development is a broader strategy by Washington’s key competitors to become global infrastructure players.

In Britain, the state-owned China General Nuclear Power Group (CGN) is still under consideration to replace nuclear reactor sites in Somerset, Essex, and Suffolk, among other atomic infrastructure sites amid a Covid-19 driven downturn in British-Chinese relations. This fact is seriously alarming observers on both sides of the Atlantic, considering Beijing’s potential input into a vital part of Britain’s power supply. Like Huawei before it, the CGN episode illustrates the risk of questionable overseas investment created by nearly forty years of infrastructure privatization under both Conservative and Labour governments. Chinese-linked companies have become a significant benefactor in infrastructure investment through buying shares in everything from utilities to rail lines and London’s Heathrow Airport.

Whom to choose for nuclear modernization has also become a highly contentious issue in the Czech Republic. Chinese and Russian suppliers are among the top contenders to implement the country’s energy transition. The Czech Republic is a crucial target of China’s strategy to increase its fledging influence in central Europe, with energy forming a vital component of this initiative. The ceremonial President Miloš Zeman’s anti-Western viewpoints and the throwback Communist Party also serve as lobbying assets for Moscow and Beijing’s bids.

Even though the Czech parliament is slow-walking the issue, should either the PRC or Russia win the power plant replacement contract, it would represent a U.S. setback. The same risks also exist in Slovakia and Slovenia, where Russian nuclear engineering consortiums seek contracts.

Demonstrated by the Czech example, Russia is still a significant player in the European nuclear power circuit. The outdated atomic power infrastructure in the former Eastern Bloc is based on Soviet designs, making Russia a natural candidate to upgrade existing reactors. As is the case with Hungary and Bulgaria, both are pursuing Russian-led updating projects.

Italy and Finland also have longstanding historical ties to Russia and are currently pursuing Russian assistance to rebuild their atomic energy sector. Italian companies have expressed interest in joint projects with Russian energy providers. Finland has selected the U.S.-sanctioned State Atomic Energy Corporation (ROSATOM) to build a new Hanhikivi peninsula plant. Experts have raised concerns that the Finnish government’s choice to give ROSATOM such a vital contract will allow Moscow to manipulate Nordic energy prices.

Chinese and Russian atomic evangelicalism poses proliferation risks given that these two governments are less likely to adhere to multilateral safeguards than their Western competitors. Companies from both countries have propositioned states that pose security risks, such as Ethiopia, Turkey, Venezuela, and Pakistan. These countries could use these projects to further their own strategic weapons aims or expose sensitive materials to terrorists. Demonstrating the security risks associated with Russian and Chinese civilian nuclear influence carries over to the broader world, which has been noted for a long time.

President-Elect Biden pledged to continue the outgoing administration’s efforts to counter Chinese and Russian nuclear promotion efforts in Europe. Biden’s presidency must turn this vow into action by promoting American atomic power, a higher profile component of his engagement with the continent, by stressing its benefits in his leadership engagement. Doing so would demonstrate to Europe that the United States is serious about fostering a reliable, clean energy future. By promoting American atomic energy in Europe, the Biden administration could create domestic political acceptance of nuclear power given its resilient, zero-emissions nature.

President Biden’s administration should be consistent in utilizing sanctions against Chinese and Russian nuclear power providers. The Trump administration, in a departure from its “maximum pressure” policy on Iran, often waived sanctions on ROSATOM or the China National Nuclear Corporation. Given that these entities pose a security risk through their work with Tehran and their projects in Europe and worldwide, it’s critical for the Biden administration to enforce sanctions on civilian nuclear proliferators consistently.

Only adding to the growing authoritarian influence over the European Union’s energy supply chain is Germany’s poorly thought-out commitment to eliminate atomic power by 2022 after the 2011 Fukushima Daiichi disaster. Signaling poor confidence in European nuclear power capabilities, the Merkel government is still pressing ahead with the Nord-Stream II natural gas pipeline, which gives Putin’s Moscow a window to inflict pain on the EU’s leading member state. Berlin’s stance on energy issues, especially on a clean energy source like nuclear power, sets a bad example for the rest of the continental bloc.

Tying into the counter-proliferation of competitor energy technology in Europe, President Biden needs to bring Germany back into the nuclear fold. If Germany embraced American (or European) atomic power, that would obviously reduce Berlin’s dependence on Russian natural gas via the Nord Stream project while also setting a positive example for the rest of the EU member states given how much Germany influences the agenda in Brussels and in other European capitals. All of this demonstrates that U.S.-European energy engagement needs to be an all-encompassing strategy if Biden’s nuclear strategy is to be successful. Given that, anti-nuclear attitudes in Berlin and elsewhere on the continent illustrate themselves as a long-term liability to international security.

Kevin Brown has written for the American Conservative, the Diplomat, and the National Interest. He has previously worked at the intersection of public affairs and energy. He tweets @KevinBrown778.