If You’re Going to Get the Child Tax Credit, Make Sure You Spend It Right 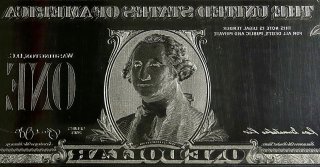 Starting one month from today, on July 15, more than thirty-six million American families will receive the first payment from the Child Tax Credit. Passed during the March 2021 American Rescue Plan Act, the check will be the first of six sent out in advance to eligible households; it will contain $250 per child for all children over the age of six and $300 per child for those younger than six. The checks are tax-free and have been compared to a fourth stimulus payment reserved for families.

The Biden administration has estimated that 88 percent of American children will be aided by the payments and suggested that they could lift as many as five million children out of dire poverty over the course of the year. Equivalent checks will continue in the mail until December 15; the rest of the payment can be claimed as a tax rebate in April 2022, when 2021 taxes are filed.

Financial experts have warned that, while the money is substantial, it is important for families to plan how to use it. Hundreds of dollars extra per month could help to keep families afloat, but in order for it to matter, families should consciously set a budget and stick to it.

While the Biden administration has provided a lifeline to some of the neediest Americans in the form of a controversial moratorium on evictions, the rule is scheduled to expire at the end of June. Paying rent to avoid being evicted is, of course, the highest priority, behind basic needs such as food.

Once a family is safe with rent, experts have recommended keeping up to date with utility bills and paying down other existing debts, such as credit card debt. If all of this is secured, then it might be advisable for parents to build up an “emergency stash” of cash—in case of an unexpected emergency, such as a car repair or medical bill.

Once all that is complete, it is generally a good idea to set money aside for down the road, such as retirement. One good way to store money long-term is through investing; in spite of the massive economic downturn associated with the pandemic, the stock market has been white-hot through most of 2021. This has led to fantastic returns for the wealthiest Americans, but it could also benefit you.