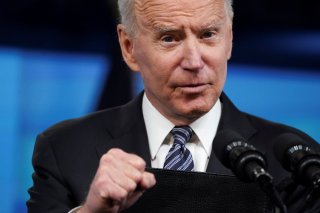 Social Security represents one of the key sources of income for elderly Americans. Millions rely on the program heavily, particularly middle- and lower-class Americans without large amounts of money saved throughout life. The program’s importance means that small, seemingly unimportant changes can have serious effects over time. Because the consequences of making a poor decision based on inaccurate information can involve tens of thousands of dollars in lost benefits, prior research is essential.

Starting in their mid-60s, all Americans are eligible to collect Social Security benefits. The amount of their benefits is set at the average amount they earned during their thirty-five most productive years in the labor force. These benefits can be claimed in full once a person reaches “full retirement age,” or FRA—set at around sixty-six for Americans born before the year 1960, and sixty-seven for Americans born in 1960 or later.

Crucially, once this decision is made, it cannot be unmade; a person’s benefits, with a few exceptions, remain at a constant level for the rest of their lives. If a person would be entitled to $1,500 per month at their FRA, for instance, and they collect it at sixty-two instead, they will only receive around $1,050—a loss that can add up significantly throughout a person’s retirement.

The Social Security Administration does allow Americans a one-year grace period if they change their minds. To claim it, a person can repay the agency all of the money he or she was paid. After one year, the change cannot be undone.

Some cost-of-living increases are built into the payments, theoretically keeping up with inflation—typically adding roughly $20 to the monthly payout each year. Beyond this, however, the payments do not increase.

Filing strategies for how to optimize one’s total payout, based on the amount one is eligible for, FRA qualifying age, and one’s expected lifespan, are common. Although most financial advisors will recommend delaying one’s payments until the age of seventy, in some cases, an early payout makes much more sense than a delay. The Social Security Administration has encouraged people to research the program to try and maximize their payouts.