IRS Nightmare Five Ways You Could Get Audited 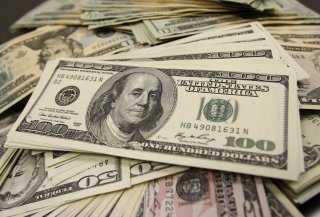 While the number of overall audits that are conducted by the Internal Revenue Service have declined significantly in recent years, there are still several factors that could result in you getting audited. An IRS audit is essentially an examination or review of your information and accounts, and it is meant to ensure that you're reporting things correctly and following all of the current tax lines. Audits are conducted to minimize the so-called “tax gap” between what the IRS is owed and what the IRS actually receives. In most cases, the IRS only selects taxpayers based on suspicious activity.

If you're telling the truth and being honest, then there is really nothing to worry about in an audit. That said there are some reasons why you could face an audit.

One of the most common errors involves getting the math wrong. While doing your returns can save you a bit of money, it can result in serious trouble. Something as simple as moving a decimal point or adding numbers incorrectly can be enough to trigger an audit. If you file your own taxes consider a tax software program that does the math for you and will alert you if something seems incorrect.

Giving money away could earn you praise from your colleagues and many institutions, but excessive donations can also get you into trouble. Even worse, claiming false donations is fraud and can be a serious problem. If you don't have the proper document to prove the validity of a contribution, then you shouldn't claim it. Likewise, if your income doesn't support your philanthropic good deeds that could be a major red flag to the IRS.

If you try to look like a loser on paper, especially when you're running a business or are otherwise self-employed, then the IRS could get suspicious. Claiming massive business losses or writing off endless expenses while posting little income are also red flags, and the IRS will want to know how your business is staying afloat.

Making Too Much Money

If you're fortunate to be rolling in the cash an audit may be a happy problem. High-income taxpayers are just more likely to be targeted for an audit, and that includes if your income jumped significantly. The good news is that if you’re a high-income taxpayer you can probably hire someone to do your taxes to lessen the likelihood of an audit.

The infamous gangster Al Capone didn’t go to jail for the numerous violent crimes he ordered or even for being a bootlegger. The Department of the Treasury charged Capone for failing to report the income from illegal activities. Perhaps Capone would have preferred an audit instead, but the point is that failure to report all income significantly increases your chances of being audited. Whenever you're issued a W-2 or 1099 for taxable income the IRS also receives a copy. If the numbers don't match up, you're setting yourself up for an audit.