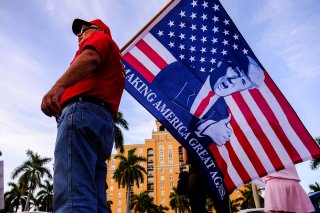 Thirteen years ago, I admired a piece in the Weekly Standard that examined Republican presidential candidate Mitt Romney’s zigzagging — flip-flopping was too linear — on abortion, by a writer I did not know. As a rare Massachusetts conservative, I was familiar with Romney before he went national and had covered his abortion contortions myself. Never had I seen so comprehensive yet straightforward an account, ending with this dagger of a quote from Romney’s vanquished 2002 Democratic gubernatorial opponent on the question of whether there was a “dime worth” of difference between the two of them on abortion: "Apparently there was a lot more than a dime's worth. Probably enough to put my daughter through college."

The author, Jennifer Rubin, was described simply as “a writer in Virginia.” A quick Google search revealed she had published a few op-eds, mostly on conservative websites, all of them recent. Part of my job at the time was to recruit young freelancers to write for the American Spectator. I reached out. Rubin soon blogged (prolifically) for us, and then for Commentary, before landing at her current perch at the Washington Post. She turned out to not be some out-of-college neophyte but a lawyer switching to punditry mid-career.

Rubin also turned out to be less interested in the abortion and culture wars than the wars the United States was waging in places like Iraq. That was her right, and not an especially uncommon view among conservative writers during the George W. Bush years. What set her apart was the alacrity with which she would turn from an opposition researcher trained on a particular Republican candidate to that same contender’s biggest booster, as she most famously did with Romney.

When Rudy Giuliani was the maximally hawkish plausible candidate for the Republican presidential nomination, she backed him, until that mantle belonged instead to John McCain. When Romney was the main obstacle to a Giuliani or McCain nomination, she savaged him. By 2012, Romney was the most hawkish plausible contender for the GOP nod. She quickly went from opposition researcher to virtual PR flak and instead assailed the revolving cast of conservative characters who stood in Romney’s way. Most jarringly, she praised Rick Santorum when he was an asterisk candidate who could at best siphon votes away from conservative alternatives to Romney and then promptly turned on him when he became the top obstacle to Romney.

As the single-issue hawk playing conservative gatekeeper, Rubin had always been on the winning side of Republican presidential politics — until Donald Trump clinched the GOP nomination in 2016. During the primaries, she assailed his Republican bona fides and puffed Jeb Bush for as long as possible. But eventually, the feints in the direction of economic and social conservatism, of the kind that might lead one to presume to exhort a pro-lifer to vote for Giuliani, were gone. In their place were regular anti-Trump screeds not noticeably more conservative than her liberal counterpart Greg Sargent’s, except that they were published under the “Right Turn” banner on the Post’s site. And while Trump’s “isolationism” was a factor in her disdain for him, even her last bits of consistency waned as she criticized Trump on Iran and moving the U.S. embassy in Israel to Jerusalem for acts she almost certainly would have praised if done by a President McCain.

Finally, Rubin let the mask slip in a column titled “NeverTrump becomes NeverRepublican.” While she opens by quoting Bill Kristol, who whatever the merits of his foreign-policy positions actually has cared about social issues like abortion, she is remarkably transparent about her motivations and does not pretend to be some conservative she is not. This isn’t Russell Kirk voting for Norman Thomas in 1944 — this is Never Republican.

“Biden is fortunately an internationalist at heart who supports an active U.S. presence in the world and still believes U.S. leadership is essential,” Rubin assures us about the third Democratic nominee out of four to have voted for the Iraq war. She adds, “I am a Pat Moynihan Democrat, a Scoop Jackson Democrat, an Andrew Cuomo Democrat. I’m not a Bernie Sanders Democrat,” though she would have voted for the Vermont socialist over Trump.

Although Never Trumpers are disproportionately neoconservative, they come in all shapes and sizes. Many of them would not go as far as Rubin or have other reasons for opposing Trump, including the man’s myriad character flaws, which are impossible to deny, just as the Scoop Jackson stuff separates the single-issue hawks who migrate back to the Democratic Party from the ones who become Trump’s national security adviser.

But some were simply never conservative. Whatever else Trump accomplishes, he has set Jennifer Rubin free.

W. James Antle III is politics editor at the Washington Examiner and author of Devouring Freedom.