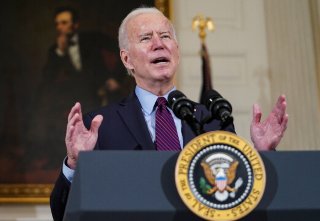 Since the dispatch of the third stimulus check in March 2021, support has been quietly building for a fourth. Although the proposals come from different corners of the House and Senate, and vary in their desired payouts and duration, more than eighty House and Senate Democrats support a fourth stimulus check. However, this almost certainly will not be enough.

While more than eighty Democrats have supported the measure, they are concentrated on the party’s progressive wing; more moderate Democrats have displayed reluctance to support a fourth check, while Republicans have generally remained opposed.

It is possible that legislation providing for a fourth check might pass through the Democratic House by a razor-thin majority. However, in the absence of some grand bipartisan compromise, it is almost certain to die in the Senate. Even if the bill’s proponents could gather the support of all fifty Democratic Senators, they would also need to convince ten Republicans to support the proposal as well, to stave off the threat of a filibuster.

Considering Senate Minority Leader Mitch McConnell’s recent declaration that “100 percent” of his focus was on defeating President Joe Biden’s agenda, and his firm control over the Senate Republican caucus, there is practically zero chance that this will happen.

Biden is certainly aware of the difficulties that any new financial legislation faces in the Senate. Perhaps for this reason, while he has not explicitly argued against a fourth check, he has pointedly avoided endorsing one. Instead, his preference seems to have been pushing lawmakers on Capitol Hill to support his dual infrastructure and economic relief proposals, the American Jobs Plan and the American Families Plan.

Taken together, these measures’ $4 trillion cost, distributed over the following decade, leaves little room for another stimulus measure. White House Press Secretary Jen Psaki expressed her boss’s disinterest in a fourth stimulus measure during a press conference in early May, declaring, “We’ll see what members of Congress propose, but those are not free.”

Indeed, so far, more than $390 billion has been spent on the third round of stimulus payments; if a fourth stimulus payment of $1400 per adult – notwithstanding Democrats’ interest in increasing the payments to $2000 per adult – were enacted, it would probably add a similar amount to the bills’ cost.

As Senate Democrats and Republicans fight over the particulars of the two proposals, trying to decide which parts to keep and which to abandon for the sake of political expediency, there is simply no place to add hundreds of billions of dollars more, and Biden knows it.