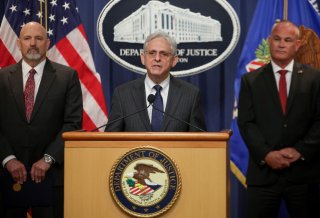 It was a busy week for Social Security fraud court cases. There were three such cases in the last week.

According to NJ.com, a fifty-two-year-old man from Paterson, N.J., was arrested in mid-July by agents of the Hudson County Prosecutor’s Office Public Integrity-Special Investigations Unit and the Social Security Administration Office of the Inspector General. Along with being accused of collecting $17,000 in Social Social benefits intended for his mother, the man is also accused of failing to tell the Social Security Administration that his mother died in 2020. He was charged with third-degree theft by deception.

In another case that unfolded in Ohio, a woman has been sentenced to six months in prison for claiming her late father's pension and Social Security benefits following his death, the Newark Advocate reported. The sixty-two-year-old woman pled guilty in April of 2021 to theft of public money and theft or embezzlement from an employee benefit plan. The Justice Department said that the woman stole more than $250,000 over the course of fifteen years, stealing both her father’s Social Security benefits and pension.

The DOJ added that the woman used some of the money on travel to Las Vegas. “This money was intended for some of our nation’s most vulnerable people: retirees, widows, and people with disabilities, among others,” Kenneth L. Parker, U.S. attorney for the Southern District of Ohio, said in the DOJ's statement. “I commend the Social Security Administration’s Office of the Inspector General and the Department of Labor for continuing to audit its programs and identify inappropriate distributions and theft. People should know they can be identified and held accountable,” Parker continued

According to Social Security Inspector General Gail Ennis, the woman is being held “accountable for accessing her deceased father’s account to steal taxpayer funds. I am gratified that a review by our audit office identified this case and alerted our investigators of this fraud.” She also stated that “these efforts are critical to maintaining the public’s trust in Social Security. I want to thank the U.S. Attorney’s Office and Special Assistant U.S. Attorney Timothy Landry for prosecuting this case.”

In the third case this week, a forty-three-year-old Vermont man has been hit with a charge that he “fraudulently converted tens of thousands of dollars in Social Security benefit payments.” According to the DOJ, the man collected benefits entitled to his father, who has the same name and never notified the Social Security Administration of his father’s 2018 death. He is facing up to ten years in prison and fines of up to $250,000.