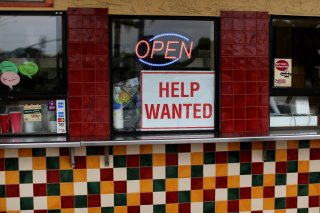 The “enhanced” unemployment benefits, which were included in the American Rescue Plan Act earlier this year, expired on September 6. Many had blamed the benefits, which paid most unemployed people $300 per week, for the ongoing labor shortage in most of the country. However, two weeks after the expiration, there are indications that the labor shortage has not been solved.

Bloomberg News reported earlier this week that there has been no spike in job applications as a result of the expiration of the unemployment benefits.

Meanwhile, a new report looked at what is happening with the labor shortage in one particular state.

According to The Gazette, the labor shortage continues in Iowa, which was one of the states that opted out of the enhanced federal unemployment benefits back in the summer. That was the case for slightly more than half of the nation’s states.

Iowa Gov. Kim Reynolds had announced in May that Iowa would be exiting the federal program the following month, as part of “new measures to address the State of Iowa’s severe workforce shortage.”

“Federal pandemic-related unemployment benefit programs initially provided displaced Iowans with crucial assistance when the pandemic began,” the governor said in a May 11 statement. “But now that our businesses and schools have reopened, these payments are discouraging people from returning to work. Our unemployment rate is at 3.7 percent, vaccines are available to anyone who wants one, and we have more jobs available than unemployed people.”

A group of Iowans, per the Des Moines Register, attempted to sue Reynolds over the withdrawal, but the suit does not appear to have succeeded in changing the decision.

This is the case with everything from restaurants to equipment manufacturers.

“We’ve got plenty of customers,” Brian Flynn, a bar owner in Iowa, told the publication. “It’s just a matter of how often we’re able to serve in a manner that is respectable to our business as well as to them. Some people have changed life paths and decided they don’t want to be in the hospitality industry anymore because there are a lot of other opportunities out there that people can find… we’re not just battling with our own industry anymore. We’re battling with every industry.”

He added that while he recently hired a human resources company to find new workers, he often found he would be hiring them away from other restaurants—including ones also owned by his restaurant group.

IowaWorks, a state database operated by the state government, had more than 85,000 job openings listed as of earlier this week. The Gazette also said, according to state data, that if every Iowan who filed for unemployment the second week in September “would need to work about seven jobs to fill all the advertised job postings.”