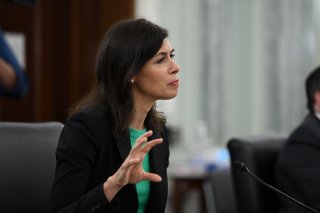 Earlier this month, the Federal Communications Commission (FCC) announced a crackdown on bogus robocalls related to car warranties, specifically for the entities that are believed to be responsible for most of them. If you have noticed fewer warranty-related robocalls of late, that is likely the reason why.

“Billions of auto warranty robocalls from a single calling campaign,” FCC chairwoman Jessica Rosenworcel said in the early July FCC release. “Billions! Auto warranty scams are one of the top complaints we get from consumers and it’s time to hold those responsible for making these junk calls.” The attorney general of Ohio also sued those believed responsible, although there have not been federal criminal charges filed in the matter, at least not yet.

“Our lives are plagued by robocalls like a swarm of flies,” Yost said. “This particular operation prompted more than 1,600 unwanted-call complaints to my office. It’s time to get out the fly swatter,” Ohio attorney general Dave Yost said when he announced the state's lawsuit.

Now, the FCC has taken the additional step of actually blocking the campaigns.

“We are not going to tolerate robocall scammers or those that help make their scams possible.  Consumers are out of patience and I’m right there with them,” Rosenworcel said of the FCC’s actions.

“If any voice service provider, after investigation of the suspected illegal robocall traffic identified in this Order, thereafter does NOT terminate a customer relationship or block the traffic, it will be required to provide a written report to the Bureau with the results of its investigation, as required by section 64.1200(n)(2) of the rules,” the order said.

“The provider should also continue to demonstrate its ongoing efforts to mitigate the traffic associated with the Cox/Jones/Sumco Panama Operation.  Should any voice service provider fail to comply with these obligations and fail to take all necessary steps to avoid carrying suspected illegal robocall traffic made by/on behalf of these individuals and entities, that voice service provider may be deemed to have knowingly and willfully engaged in transmitting unlawful robocalls.”