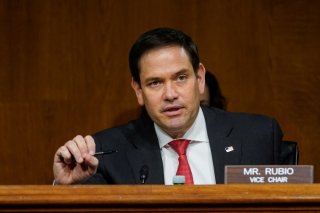 When the expanded child tax credit was brought into place in 2021, it was supported almost entirely along party lines, a trend that continued in the debates during the failed effort to renew it. Now, a Republican senator has issued an article blaming Democrats and the credit for the trouble that some experienced at tax time this year.

In an op-ed published this week on RealClearFlorida titled “Biden’s Child Allowance Made Tax Season Worse,” Sen. Marco Rubio (R-FL) blamed President Biden and Democrats who pushed for the child tax credit for the tax refund woes many people have experienced this year.

“Over the last few weeks, many Americans came to the shocking realization that instead of getting a refund—a refund they’d been counting on to offset the last 12 months of rising prices—they would owe money to the federal government. Why? Because President Joe Biden’s now-expired government child allowance disrupted a longstanding tax benefit,” Rubio wrote.

Rubio used the term “child allowance” throughout the piece, although that term hasn’t typically been used throughout the debate over the credit; “child allowance” was the term often used by Sen. Mitt Romney (R-UT) for his own proposal that was floated in early 2021. It’s been proposed that a bipartisan compromise be reached between the 2021-era child tax credit and Romney’s proposal, although such an effort hasn’t gained much traction in Congress.

“For the year of 2021, President Biden replaced the child tax credit for working parents with a government child allowance for every parent, including those not working. The benefit was intended to provide monthly payments for every child in a residence. But because of delays and incompetence, those payments did not begin until July. The remainder of the payments were left to be claimed when families filed their annual tax returns,” Rubio said in the piece.

"For the time being, however, we are left with the fallout of President Biden’s government child allowance. It’s been said that the only things certain in life are death and taxes. For the next three years, at least, that list merits an addition: government mismanagement.”