Money to Spare? Here's How to Jump the IRS Phone Line. 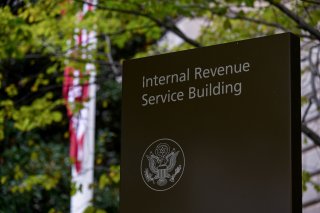 There are plenty of stories, especially during tax season, of people being forced to wait on the phone for hours before getting an Internal Revenue Service representative on the line.

However, as reported by the Associated Press, there appears to be a way to jump ahead of others on the IRS phone line if one has money to spare. The company that can make this happen is called enQ.“enQ is a private service that drastically reduces the hold time in reaching an IRS agent,” the company’s website states. “EnQ’s patented technology serves over 1,000 tax professionals saving them hours on hold every week. Calling the IRS is now incredibly convenient.”

According to the report, “the company’s bots regularly get in the queue for various IRS service lines, and then clients who dial in to enQ can swap in to spots at the front of the waiting list.”

The service can cost anywhere from $300 a month to $1,000 a year. For that price, the company claims that phone hold times can be cut by up to 90 percent.

However, allowing those with financial resources to essentially cut in line for what should be free government service equally available to all doesn’t sit well with some Washington lawmakers.

“No taxpayers should have to fork over $1,000 to a private company to get their phone calls answered by the IRS. It’s maddening,” Senate Finance Committee Chairman Sen. Ron Wyden of Oregon wrote in an email.

Several lawmakers also have written to the IRS to press the agency to investigate how the company’s robocalls affect the agency phone systems. The Associated Press noted that “at the height of the 2021 filing season, the IRS was receiving more than 1,500 calls per second.”

The IRS, though, is taking meaningful steps to improve its customer service. The agency recently unveiled a new Taxpayer Experience Office that will focus on “all aspects of taxpayer transactions” and work closely with the Taxpayer Advocate Service.

In addition, the agency will now have available face-to-face walk-in hours at dozens of Taxpayer Assistance Centers across the country on the second Saturdays in February, March, April, and May. The hours will be from 9 a.m. to 4 p.m.