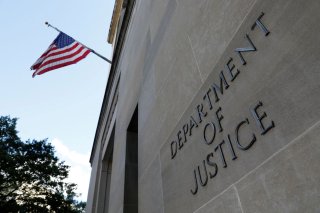 Another week has brought more announcements about people caught, arrested for, indicted for, or pleading guilty to crimes involving Social Security. A roundup of the latest:

A seventy-two-year-old Maryland woman has been hit with federal charges alleging that she received Social Security under two different numbers after prosecutors say she falsely claimed that her deceased husband was still alive. The woman, charged by the U.S. Attorney for the District of Maryland, was brought up on charges of theft of government property and Social Security fraud.

The woman, the U.S. Attorney’s office said in a press release, “allegedly obtained two social security numbers and did not report to the Social Security Administration or the State of Maryland that she was receiving widows insurance benefits (WIB) payments under another social security number.” As a result, the prosecutors said, she illegally received $89,085 worth of supplemental security income (SSI), Medicaid, and Food Supplement benefits.

The Justice Department last month announced a superseding indictment of multiple calls centers located in India, alleging that “each of them conspired with the previously–indicted VoIP provider E Sampark, and its Director, Guarav Gupta, to forward tens of millions of scam calls to American consumers.”

“Scam robocalls cause emotional and financial devastation to victims, particularly our vulnerable and elderly populations,” U.S. Attorney Kurt Erskine said in a statement. “These India-based call centers allegedly scared their victims and stole their money, including some victims’ entire life savings.”

“The defendants engaged in multiple scams, often targeting the most vulnerable members of society,” J. Russell George, the Treasury Inspector General for Tax Administration, said in the announcement. “The success of this investigation is the result of a collaborative effort between TIGTA and the dedicated staff at the United States Attorney’s Office.”

Federal authorities have accused a man in Michigan of using a stolen Social Security number to steal a large amount of money from various financial institutions and using the money to buy “more than a dozen vehicles.”

According to MLive, the forty-year-old man fraudulently obtained $201,080.12 and used it to buy fifteen vehicles, including “trucks, motorcycles, and off-road vehicles.” The man made none of the payments associated with the loans, resulting in a  “total loss” for each financial institution.

The fraud took place in ten separate transitions through different financial institutions throughout Michigan. The man was charged last year, but the case only appeared in the media now, as a result of his court hearing taking place. He was caught when a Genesee County Sheriff’s lieutenant contacted the person whose Social Security number the man was using.

The man, a Secret Service agent wrote, “admitted to participating in a scheme to obtain vehicles fraudulently.” He was charged with identity theft, aggravated identity theft, and bank fraud.

A forty-three-year-old Rhode Island woman has been accused of defrauding the federal government out of over $40,000 in Social Security Supplemental Security Income benefits, by claiming to have custody of a child who did not live with her.

The woman was charged with bank fraud, theft of public funds, and aggravated identity theft, although she pleaded not guilty.