Mortgage Rates Soar Past 7% for First Time in 20 Years 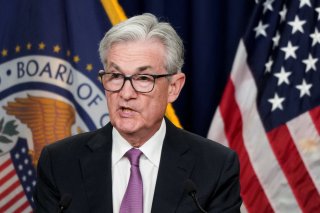 Rates on the popular thirty-year fixed-rate mortgage rose to 7.08 percent on Thursday, up from 6.94 percent last week and 3.14 percent from this time last year, according to the latest weekly survey released by Freddie Mac.

The rapid rise in rates has largely been fueled by the Federal Reserve’s unprecedented campaign of interest rate hikes in order to tame record inflation levels. There likely, however, won’t be any relief in the near term, as markets are widely expecting the central bank to sign off on a fourth-straight seventy-five-basis-point hike when it concludes its two-day policy meeting next week. That would take the federal funds rate to a range of 3.75 percent to 4 percent, the fastest pace of policy tightening since the early 1980s.

“Many potential homebuyers are choosing to wait and see where the housing market will end up, pushing demand and home prices further downward,” he continued.

Hannah Jones, an economic data analyst at Realtor.com, told CNN Business that many buyers will have to remain on the sidelines or downsize their expectations in such a market environment.

“Some may find renting to be the better option in the short term, while others may consider other home types such as condos,” she said.

“Buyers who remain in the market may see lower prices and have some leverage relative to the last few months, though they will have to be cognizant of how higher mortgage rates impact housing costs,” she added.

Meanwhile, CNBC reported that home prices were found to have cooled at a record pace in August, according to the latest S&P CoreLogic Case-Shiller U.S. National Home Price Index. Prices in August were 13 percent higher nationally compared to August 2021, but that is down from a 15.6 percent annual gain in the previous month. The 2.6-percent difference was the largest deceleration in the history of the index going back to 1987.

“The forceful deceleration in U.S. housing prices that we noted a month ago continued in our report for August 2022,” Craig Lazzara, managing director at S&P DJI, said in a release.

“Price gains decelerated in every one of our twenty cities. These data show clearly that the growth rate of housing prices peaked in the spring of 2022 and has been declining ever since,” he concluded.