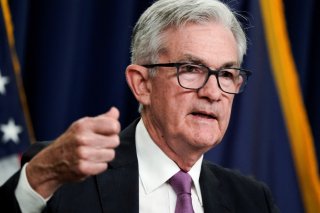 The latest report from the National Association of Home Builders (NAHB) and Wells Fargo is indicating that there is a strong consensus among U.S. homebuilders that the country is now mired in a “housing recession,” according to a new CNBC report.

For the current month, the NAHB/Wells Fargo Housing Market Index trekked lower by six points to settle at forty-nine—its eighth consecutive monthly decline. It also marked the first time since May 2020, the start of the Covid-19 pandemic, that the index fell below the key break-even measure. Typically, a score of fifty or above is considered positive.

“The August buyer traffic number in the builder survey was thirty-two, the lowest level since April 2014 with the exception of the spring of 2020 when the pandemic first hit,” NAHB chief economist Robert Dietz wrote in Monday’s report.

“Tighter monetary policy from the Federal Reserve and persistently elevated construction costs has brought on a housing recession. The total volume of single-family starts will post a decline in 2022, the first such decrease since 2011,” he continued.

Dietz, however, noted that “as signs grow that the rate of inflation is near peaking, long-term interest rates have stabilized, [that] will provide some stability for the demand-side of the market in the coming months.”

Meanwhile, Redfin added to the housing market concerns by reporting that roughly 63,000 home-purchase agreements nationwide fell through in July, amounting to about 16 percent of homes that went under contract that month.

“That’s the highest percentage on record with the exception of March and April 2020, when the onset of the coronavirus pandemic brought the housing market to a near standstill,” the company wrote in a release.

Redfin continued by acknowledging that the “housing market is slowing as higher mortgage rates sideline many prospective homebuyers.” But that comes with less competition to deal with, and homebuyers who are still in the market are “enjoying newfound bargaining power—a stark contrast from last year, when they often had to pull out every stop in order to win.”

“Homes are sitting on the market longer now, so buyers realize they have more options and more room to negotiate. They’re asking for repairs, concessions and contingencies, and if sellers say no, they’re backing out and moving on because they’re confident they can find something better,” Heather Kruayai, a real estate agent in Jacksonville, Florida, said in a statement.

“Buyers are also skittish because they’re afraid a potential recession could cause home prices to drop. They don’t want to end up in a situation where they purchase a home and it’s worth $200,000 less in two years, so some are opting to wait in hopes of buying when prices are lower,” she continued.