New Social Security Adjustment Out This Week. Will It Be Enough? 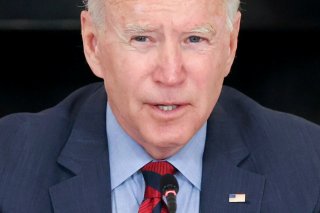 For the past several months, the consumer price index (CPI), the primary indicator of inflation in the United States, has been running dangerously hot.

Steeper prices for food, gasoline, medicine, and vehicles are squeezing the pocketbooks of millions of Americans. However, it appears that senior citizens are bearing the brunt of the inflation fallout. In the very worst of cases, some of the nation’s elderly are even being forced to choose between medicine and food.

With this in mind, there will surely be plenty of high anticipation this week as the government prepares to announce Social Security’s 2022 cost of living adjustment (COLA), which is expected to directly affect more than fifty million retirees.

According to the Senior Citizens League, a nonpartisan senior group, COLA indeed will likely get a nice boost—perhaps as much as 6.1 percent. If that figure is reached, it would be the highest registered in nearly forty years. For comparison, last year, the Social Security COLA only came in at 1.3 percent, which only gave an average of $20 boost to the monthly Social Security checks.

“The estimate is significant because the COLA is based on the average of the July, August, and September CPI data,” Mary Johnson, a policy analyst for the Senior Citizens League, noted in a statement.

The Senior Citizens League also has been busy calling for more targeted stimulus checks. According to its new petition, it is pressing Congress to approve without delay another round of stimulus checks that would issue $1,400 direct payments to only Social Security program beneficiaries.

“Social Security benefits are one of the few types of income in retirement adjusted for inflation. But soaring inflation has taken a toll on household finances of retired and disabled Social Security recipients,” the group contends in its petition, adding that it has already garnered more than one million signatures.