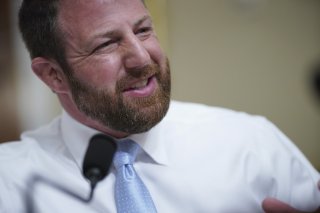 Representative Markwayne Mullin (R-OK) defended himself in an interview on Friday following his unsuccessful attempt to secretly enter Afghanistan.

The trip briefly raised alarm, as Mullin’s whereabouts were unknown for several hours, prompting concerns for his safety.

In an interview with Fox News, Mullin defended his actions, saying that he “wasn’t trying to go over there and be a cowboy,” but rather sought to rescue civilians. He said that the trip had been launched at the request of U.S. military veterans seeking a private flight to withdraw their interpreter from the country.

According to Mullin, his trip included an argument with the U.S. ambassador to Tajikistan, John Mark Pommersheim, who strongly urged him not to go and refused to help him—allegedly leading to an altercation between the two.

“The ambassador was not helpful,” Mullin told Fox News host Bret Baier, saying that Pommersheim had been told not to assist him.

Following their meeting, Mullin said that his plane had entered Afghanistan, but had been refused permission to land at the Kabul airport—and suggested that the order to turn him away “was 100 percent directed from the State Department.”

Mullin said that he had paid for the trip himself with help from private contributions, and no taxpayer dollars were used.

The Oklahoma congressman’s trip came after a more successful, but highly controversial, trip by two other congressmen—Reps. Seth Moulton (D-MA) and Peter Meijer (R-MI)—both of whom are military veterans who had served in the Iraq War. While the two were able to successfully enter the Hamid Karzai International Airport, where the evacuation took place, the Pentagon expressed frustration that they had distracted from the U.S. mission by forcing officers to provide them with protection and briefings of the events on the ground.

On Capitol Hill, Speaker of the House Nancy Pelosi (D-CA) strongly condemned Moulton and Meijer’s trip, floating the possibility that the two congressmen could lose their committee assignments over it. House Minority Leader Kevin McCarthy also expressed reservations about the trip, but suggested that Congress had a key oversight role to play in Afghanistan and said he understood the two representatives’ frustrations about the situation.

Pelosi and McCarthy separately urged against further congressional visits after Moulton and Meijer returned, arguing that they would divert resources away from the U.S. withdrawal and possibly create a security risk.

Mullin has not served in the military, but is a member of the House Permanent Select Committee on Intelligence.