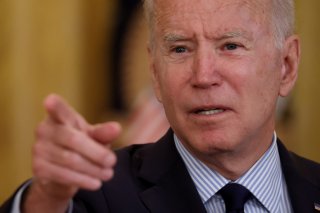 In the latest story of Americans convicted of fraud related to Social Security, a married couple from Kansas have been convicted and sentenced for a scheme in which the husband feigned blindness in order to fraudulently collect Social Security and Veterans benefits.

Over a five-year period, the husband of the couple “misrepresented himself as having cortical visual blindness to the Department of Veterans Affairs (VA),” and collected increased benefits as a result. He also “admitted misleading the VA by exaggerating symptoms and impairment attributed to cortical visual blindness,” while his wife went along with the deception.

The Social Security Administration has “special rules” for those who are blind, according to its website.

“Employment supports, in general, are special rules that help you return to work or work for the first time. Congress included language in the law specifically to make it easier for persons who are blind to go to work. These special rules apply only to people who are blind,” the site said. “Blindness is central visual acuity of 20/200 or less in the better eye with best correction, or a limitation in the field of vision in the better eye so that the widest diameter of the visual field subtends an angle of twenty degrees or less.”

Since so many Americans collect Social Security, fraud schemes involving the program are far from rare.

The man, according to the U.S. Attorney’s office for the Northern District of New York, “admitted that from November 2016 until July 2018, he erroneously received a total of $33,812.00 in Social Security retirement benefits issued under the social security number and name of another person and that he spent the benefits despite knowing that the benefits were not his and that he was not entitled to them.”

It turned out that the man had accidentally received benefits when the wrong digit was listed for another person’s benefits, so he continued to collect those in addition to his own. The man, who has agreed to pay restitution, faces “up to ten years in prison, up to three years of supervised release, and a fine of up to $250,000 as a result of his conviction.” Sentencing in the man’s case is scheduled for November.