Out of Time: Gas Prices Remain Elevated Before Midterms 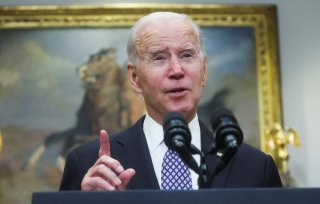 With just a week to go until a midterm election in which inflation is a major issue, gas prices have dropped, although they remain much higher than usual.

According to GasBuddy, the average gas price in the United States. is $3.72 per gallon. That’s down 4.7 percent from the week before and 3 cents from a month ago, although the price is higher than this time last year, by 34.4 cents per gallon.

The average price is very different from region to region.

“For the third consecutive week, we’ve seen the national average price of gasoline decline, and while it’s good news for most regions with a continued drop in prices, the Northeast is bucking the trend and seeing a noticeable jump due to tight supply,” Patrick De Haan, head of petroleum analysis at GasBuddy, said in the weekly report.

“The national average is closing in on the previous low from September, which was interrupted when refinery issues caused prices to skyrocket in the West and Great Lakes. With those issues addressed, the West has seen prices plummet, including a nearly 90 cent per gallon decline in California in less than a month. Compare that to the Northeast, where prices have jumped some 10-25 cents per gallon, demonstrating there’s much regionality to current gasoline price trends. Add in diesel prices that remain high amidst extremely tight supply, and there are definitely some challenges that lie ahead.”

The most frequently encountered price by U.S. drivers this week was $3.69 per gallon, a 20-cent gain over the weekend before. The median price is now $3.57 per gallon.

“This is an extremely bad idea that will nearly guarantee to result in curbed desire to increase capacity in oil production and refining capacity and result in even higher prices in the years ahead,” De Haan wrote.

It’s not clear how likely the windfall tax is to happen. Earlier this year, Biden proposed a three-month gas tax holiday, but that proposal eventually petered out.

AAA, meanwhile, saw a three-cent drop in the average price in the U.S. to $3.76 a gallon, attributing the drop to “tepid domestic gas demand and waffling global oil prices.”

“The recent period of tight oil inventory pushing prices higher on the West Coast is over as regional refineries completed needed maintenance,” Andrew Gross, AAA spokesperson, said in the weekly report. “The average gas price in California, while still high compared to the rest of the country, is 85 cents cheaper than its peak in early October. This drop has taken pressure off the national average price.”