President Biden Wants to Build an Army of IRS Auditors 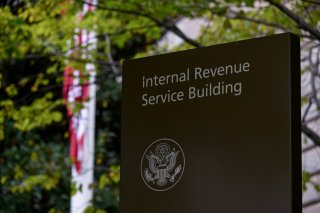 While few people like paying taxes, they are necessary to keep the country running. Unfortunately, many Americans try to skirt the system, and they aren’t just big-name actors or deceased New York tycoons. That is exactly why the Internal Revenue Service (IRS) is ramping up its enforcement efforts this year.

One part of President Joe Biden's Build Back Better initiative was an effort to require the wealthiest Americans and the largest corporations to pay their “fair share" in taxes. In addition, the White House estimated that modernizing the IRS could net almost $400 billion in new revenue.

The IRS has already stepped up its efforts by hiring new enforcement auditors. Many of those individuals have reportedly finished their training and are now on the job. Last month, the IRS posted new job openings to hire 200 more tax attorneys in 2022. Many of those lawyers will focus on tax shelters, syndicated conservation easement deals, and micro captive arrangements.

As Forbes reported, these positions will be available in more than fifty locations, and those who are hired will provide legal advice to IRS professionals as they conduct audits of complex financial partnerships and transactions.

However, the ultra-wealthy might not be the only people who will be impacted by the larger IRS workforce. Historically, individual tax returns have been audited by the IRS at a rate of about 0.6 percent. Businesses typically see a higher rate of about 1 percent. Now that it has more auditors, the IRS is in a position to audit a much greater number of returns.

Some Republican lawmakers warned last year that this could double the odds of being audited, especially for lower and middle-income earners. The proposal could lead to an additional 1.2 million IRS audits, nearly half of which could hit middle class families making less than $75,000.

What could make this issue worse is that the IRS resources intended to help tax filers may not be as accessible as they were in the past. There are simply fewer IRS representatives available to answer important questions, and the IRS reportedly answered fewer than 10 percent of calls during the 2021 tax season. Last season's call volume was almost four times what it was during the 2018 filing season, and during one spike last March, the agency received up to 1,500 calls per second.

Audits are generally flagged due to some inconsistency or irregularity with the return. These issues can include major home office deductions, excessive claims for charitable donations, unreported income, or even simple mathematical errors.

Yet, for Americans who file their taxes on time, take the time to check their work, and don't try to cheat the system, there is little reason to worry.