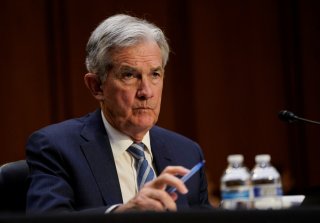 As second-quarter corporate earnings reports start to trickle in, recession fears are only continuing to edge higher, according to a new Politico report.

Government data released last week showed that U.S. consumer inflation surged to 9.1 percent year-over-year, the highest since 1981. And with the Federal Reserve unlikely to budge from its hawkish stance on future rate increases, CEOs across industries are increasingly grappling with the threat of an economic downturn.

“People have stopped trying to forecast, at least clients I speak with, on how much and how long” inflation will last. “It’s permanent enough, therefore let’s strategize to think what it means to lead through inflation,” he continued.

The news outlet explained that “both investors and executives are wrestling with one of the more complicated—and in many ways unprecedented—moments in American history, where the economy looks simultaneously strong, with solid job growth and consumer spending, and also close to toppling over.”

One prime example was the outlook presented by JPMorgan Chase CEO Jamie Dimon last month when he warned that investors should brace for an economic “hurricane.” But in his latest earnings call with analysts, Dimon admitted: “There are very good numbers coming in.”

Other major banks like Goldman Sachs and Bank of America are also reporting mostly solid results for the second quarter. But when it comes to their outlook for future quarters, there are indeed hurdles to maneuver through.

On an analyst call on Monday, Bank of America CEO Brian Moynihan confirmed that the bank had allocated reserves for a scenario in which the unemployment rate climbs from 3.6 percent now to five percent within the next five months as the Fed rate hikes take hold.

Furthermore, according to CNBC, Goldman Sachs CEO David Solomon stated on an earnings call Monday that inflation is deeply embedded in the global economy and it is unclear when the situation will improve.

“We see inflation deeply entrenched in the economy, and what’s unusual about this particular period is that both demand and supply are being affected by exogenous events, namely the pandemic and the war on Ukraine,” he said.

“My dialogue with CEOs operating big global businesses, they tell me that they continue to see persistent inflation in their supply chains. Our economists meanwhile say there are signs that inflation will move lower in the second half of the year. The answer is uncertain and we will all be watching it very closely,” he continued.