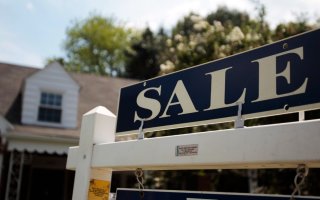 Whether one is looking to purchase or rent, navigating today’s cutthroat housing market is tough.

According to Zumper’s National Index, which tracks the top 100 rental markets in the United States, one-bedroom and two-bedroom median rents have surged 13 percent and 16 percent, respectively, since February 2019.

“Rising rental prices correlate with an overheated housing market, where pent-up demand and reduced home construction have led to record-setting housing prices,” CNBC wrote. “This has priced out potential homebuyers and forced them to stay in the rental market, which puts upward pressure on rent prices,” it continued.

Jeff Andrews, the author of the Zumper study, noted that “whether rent can continue to rise at this pace throughout 2022 is anyone’s guess, but the economic fundamentals that have been driving rent higher are not going away any time soon.”

He added that there indeed is more rental housing coming to the market later this year, but “the nation’s chronic housing shortage that began after the 2008 financial crisis is not a problem that can be solved overnight.”

Andrews also saw a correlation between rising rent prices and inflation, which hit 7.5 percent last month year-over-year. “CPI growth was highest in the Atlanta (9.8 percent), Phoenix (9.7 percent), and Tampa (9.6 percent) metropolitan areas, although it should be noted the dataset does not include every metro area in the country … These three areas happen to be among those with the most rent growth in the country as well,” he said.

With home prices expected to continue to rise, it appears that many potential homebuyers will have to make do in the rental market. According to a report released Tuesday by CoreLogic, home prices in January were 19.1 percent higher year-over-year—the highest level in at least forty-five years.

“In December and January, for-sale inventory continued to be the lowest we have seen in a generation,” Frank Nothaft, chief economist at CoreLogic, told CNBC.

“Buyers have continued to bid prices up for the limited supply on the market,” he continued.

However, rising mortgage rates—which sit around 4 percent for the popular thirty-year fixed mortgage—could potentially slow the rapid price gains later in the year.

But according to Zillow, there will still be more pain ahead for homebuyers and renters in the near future.