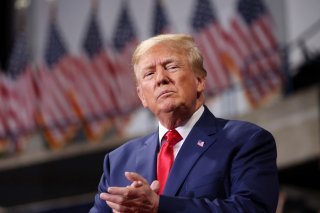 The newspaper, which cited unnamed sources, did not disclose the foreign government named in the document.

The Post noted that such documents are generally only made available to government officials on a “need-to-know basis,” considered a higher threshold than top-secret clearance. In fact, some of the Biden administration’s most senior national security officials have not been given authorization to review some of the documents because they are so restricted.

Additionally, due to their highly sensitive nature, the materials are always stored in “a secure compartmented information facility” and are monitored by a designated control officer.

In all, more than 11,000 government documents and photographs were recovered by FBI agents at Trump’s Florida residence last month. Although the materials have not been revealed, the Post previously reported that classified documents regarding nuclear weapons were among the items authorities were seeking.

Earlier this week, a federal judge granted Trump’s request for a neutral third party to review materials that the FBI seized. U.S. District Judge Aileen Cannon, a Trump appointee, ordered that a third-party attorney from outside the government be brought in to review the documents. She set a Friday deadline for Trump’s lawyers and the Justice Department to submit a list of potential candidates to serve in the special master role.

Cannon said that the special master will be responsible for reviewing “seized property for personal items and documents and potentially privileged material subject to claims of attorney-client and/or executive privilege.” She added that the “Court is mindful that restraints on criminal prosecutions are disfavored but finds that these unprecedented circumstances call for a brief pause to allow for neutral, third-party review to ensure a just process with adequate safeguards.”

The judge’s ruling halted the Justice Department from continuing its own review of the documents “pending completion of the special master’s review or further Court order.” But the classification review and intelligence assessments being conducted by the Office of the Director of National Intelligence will be allowed to continue.

“As a function of Plaintiff’s former position as President of the United States, the stigma associated with the subject seizure is in a league of its own,” Cannon wrote.

“A future indictment, based to any degree on property that ought to be returned, would result in reputational harm of a decidedly different order of magnitude,” she continued.