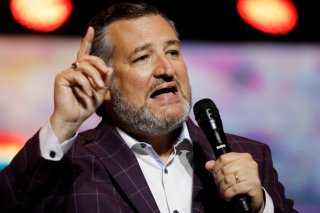 But according to Arizona Attorney General Mark Brnovich, student loan borrowers shouldn’t bank on those loan cancellations yet.

“I think there’s a lot of people celebrating prematurely,” he told CNBC on Tuesday. “A lot of other people are very upset about this, not only because of legal arguments, but because they believe it’s fundamentally unfair,” he continued.

Brnovich acknowledged that he and others are, in fact, looking to bring a legal challenge to the loan forgiveness plan. “If we can bring a challenge, we will bring a challenge,” he said, adding that waiting too long to file a lawsuit could create issues.

“People’s expectations are starting to get set,” he continued. “And I think that means that if we can file a lawsuit, we should file it sooner rather than later.”

It appears that Brnovich isn’t alone in his thinking. CNBC reported that Republican attorneys general from states like Missouri and Texas as well as Sen. Ted Cruz (R-TX) have also been looking over legal options to stymie Biden’s plan.

“This administration's policy is to force blue collar workers and American families across the country to pay off the cost of a Washington bureaucrat's college degree—it's morally bankrupt,” Cruz wrote, adding that there is “no way” to cancel student debt.

Meanwhile, the Biden administration fired back at those who are considering moving forward with such legal challenges.

“Let’s be clear about what they would be trying to do here: The same folks who voted for a $2 trillion tax giveaway for the rich and had hundreds of thousands of dollars of their own small business loan debt forgiven would be trying to keep millions of working middle-class Americans in mountains of debt,” White House spokesman Abdullah Hasan told the business news outlet on Friday.

Under Biden’s plan, those with federal student loans who make under $125,000 annually, or couples earning less than $250,000, qualify for up to $10,000 in forgiveness. However, if a borrower received a Pell Grant to attend college, they could potentially get up to $20,000 in relief. According to the White House, approximately 60 percent of all federal student loan borrowers received Pell Grants.

Additionally, the student loan announcement extended the moratorium on repayments till January and created a new income-driven repayment (IDR) plan, designed to assist people who have a difficult time making large monthly payments.