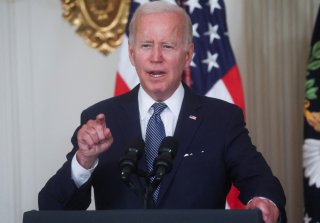 The Biden administration confirmed on Tuesday that it will cancel $3.9 billion in student loan debt for more than 200,000 students who attended the now-defunct ITT Technical Institute, according to a new Washington Post report.

The action covers 208,000 people who were enrolled at ITT Technical Institute from January 1, 2005 until its closure in September 2016. Between those years, the institution enrolled about 45,000 students across 130 campuses. The school was the subject of several state and federal investigations over recruitment tactics, lending practices, and job placement data. It closed shortly after the government halted federal funding due to the failure to follow accreditation standards.

Former students are not required to submit an application and will receive a letter from the Education Department informing them of the automatic loan forgiveness. “It is time for student borrowers to stop shouldering the burden from ITT’s years of lies and false promises,” Secretary of Education Miguel Cardona said in a statement.

“The evidence shows that for years, ITT’s leaders intentionally misled students about the quality of their programs in order to profit off federal student loan programs, with no regard for the hardship this would cause,” he continued.

Since taking office, Biden has canceled roughly $32 billion of student loan debt for more than 1.5 million borrowers. Despite these actions, the nation’s student loan debt is still sitting at about $1.75 trillion, according to data compiled by the Federal Reserve Bank of St. Louis.

The Biden administration is also expected to announce by the end of August whether it will extend the moratorium on federal student loan repayments. If no action is taken, millions of borrowers will have to restart payments beginning September 1.

In a likely sign of a forthcoming loan repayment pause, the Wall Street Journal reported that the Education Department already has been telling student loan servicers not to contact borrowers about resuming payments.

For months, key Washington lawmakers like Senate Majority Leader Chuck Schumer (D-NY) and Sen. Elizabeth Warren have aggressively pressed Biden to sign off on forgiving $50,000 of student loan debt per borrower. The president, however, has stood firm in his stance that he won’t go higher than his campaign promise of $10,000 per borrower. He might also exclude those who earn more than $125,000 a year.

“I am considering dealing with some debt reduction,” Biden told reporters at the White House in May. “I am not considering $50,000 debt reduction. I am in the process of taking a hard look at whether or not there will be additional debt forgiveness.”