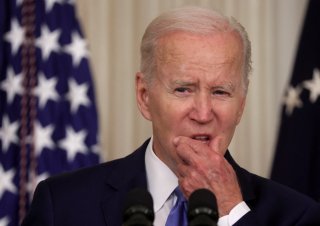 For more than two years, millions of borrowers have taken advantage of the moratorium on federal student loan payments.

But if the current pause isn’t extended again for a seventh time, it appears that borrowers will be required to start payments beginning in September. Some experts, though, don’t think that it will ever get to that point.

“I think that repayment will not restart on September 1—two months before an election,” higher education expert Mark Kantrowitz told CNBC.

“Most likely, the student loan moratorium will be extended until sometime next year,” he continued.

With the end date of the moratorium quickly approaching, nearly 200 organizations are demanding that the Biden administration extend the payment pause and cancel student loans, Forbes reported.

“In just over 60 days, tens of millions of student loan borrowers are slated to be thrown back into repayment on federal student loans. Recent reports indicate that the Biden Administration is considering a rushed restart of student loan repayment as part of a broader strategy to mitigate historic levels of inflation,” the organizations wrote in a letter.

“We … are writing to strongly urge your administration not to threaten the financial security of people with student debt as a tactic to fight inflation. Instead our organizations urge you to enact robust student debt cancellation that is not means tested and does not require an opt-in for participation and to fully implement this policy before any student loan bill comes due,” they continued.

According to data compiled by the Federal Reserve Bank of St. Louis, the nation’s student loan debt has surged in recent years, reaching about $1.75 trillion as of April. A NerdWallet study has revealed that the average U.S. household with outstanding student debt owes more than $57,000 in loans.

In an effort to reduce some of that debt load, the White House last month said that it will cancel the federal student loan debts of about 200,000 borrowers who claimed in a class-action lawsuit that they were defrauded and misled by their schools. The Sweet v. Cardona settlement is expected to cancel a total of $6 billion of student loan debt. The settlement follows Vice President Kamala Harris’ announcement earlier last month that the Education Department would forgive the remaining $5.8 billion of student loan debt for 560,000 borrowers who attended schools operated by Corinthian Colleges.

President Biden is also mulling whether to move ahead with broad-based student loan forgiveness. For months, several progressive lawmakers have pressed Biden to sign off on canceling $50,000 of student loan debt per borrower. The president, though, has indicated that he likely won’t go higher than his campaign promise of $10,000 per borrower.