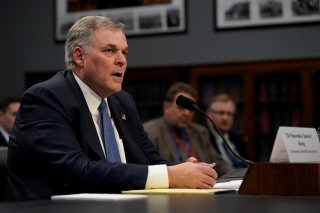 On Thursday, IRS commissioner Charles Rettig told a House panel that he is aware of the significant problems plaguing the agency and that they are largely due to longstanding funding and staffing issues. “We are forced to make difficult decisions regarding priorities, the types of enforcement actions we employ, and the service we offer,” Rettig said.

“IRS employees want to do more to help taxpayers,” Rettig added. “We want to be able to answer the phones and respond to questions. We want to be ready, whenever crisis hits, to deliver economic relief quickly—as our employees demonstrated repeatedly during the current pandemic, working long hours to deliver crucial programs. During this challenging period, the IRS has been operating in an ‘all-hands-on deck’ approach, leaving nothing off the table for consideration to improve overall service.”

National Taxpayer Advocate Erin Collins told the lawmakers that the IRS is dealing with the same thorny issues from the last tax season. “The biggest problems taxpayers encountered last year—and are continuing to encounter this year—were return processing delays, correspondence processing delays, difficulty reaching the IRS by telephone, and the inability to obtain information from the IRS’s Where’s My Refund? and Where’s My Amended Return? Tools,” she explained. Collins added that since 2010, the IRS’ workforce has contracted by 17 percent, even though its overall workload, which is based on the number of tax filings, has risen by 19 percent.

In a recent interview on National Public Radio, Deputy Treasury Department Secretary Wally Adeyemo shed light on the ongoing struggles at the agency, noting that “last year, the IRS received 230 million phone calls and only had 15,000 people to answer those calls, which meant that each person had to answer 16,000 calls.”

President Joe Biden and most Democrats have been pushing for an $80 billion investment over the next decade to rebuild the tax agency’s capabilities, but that House-approved effort has stalled out in the Senate. The Biden administration also proposed raising the IRS budget by more than 18 percent to $14.1 billion for fiscal year 2023. The funding boost would help offset a more than 15 percent decline in the agency’s budget over the past decade after factoring in inflation.

However, despite the budget and staffing shortfalls, the IRS has surprisingly performed well this tax season which ended on April 18. According to the IRS’ latest data release, out of the 103.3 million tax returns it has received, it has processed nearly 100 million of them. The agency has also issued roughly 70 million tax refunds worth more than $222 billion. Broken down, the average refund comes in at $3,175.