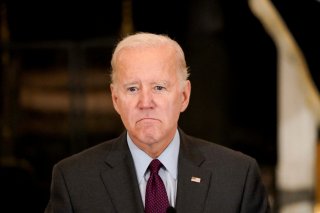 The 5th Circuit Court of Appeals on Wednesday upheld a district court decision declaring that the Obama-era Deferred Action for Childhood Arrivals (DACA) program is unlawful. However, the court allowed the program to remain in place for existing DACA recipients for now, Axios reported.

The case now heads back to the lower court for review of the Biden administration’s DACA final rule.

First created in 2012, DACA aims to provide temporary reprieve to undocumented immigrants who were brought to the United States as children—a group that is often known as “Dreamers.” According to U.S. Citizenship and Immigration Services, there are currently more than 610,000 immigrants enrolled in the program.

In the ruling, the three-judge panel said that the 2012 memorandum issued to establish DACA violated statutory provisions regarding immigration. The memorandum remains in effect until the end of this month.

“DACA creates a new class of otherwise removable aliens who may obtain lawful presence, work authorization, and associated benefits. Congress determined which aliens can receive these benefits, and it did not include DACA recipients among them,” she continued. “In our view, the defendants have not shown that there is a likelihood that they will succeed on the merits.”

The ruling, however, noted that “DACA has had profound significance to recipients and many others in the ten years since its adoption.”

“Given the ‘uncertainty of final disposition’ and the ‘inevitable disruption that would arise from a lack of continuity and stability,’ we preserve the stay as to existing recipients,” it concluded.

President Joe Biden said in a statement that he was “disappointed” with the ruling, calling the decision “the result of continued efforts by Republican state officials to strip DACA recipients of the protections and work authorization that many have now held for over a decade.”

“While we will use the tools we have to allow Dreamers to live and work in the only country they know as home, it is long past time for Congress to pass permanent protections for Dreamers, including a pathway to citizenship,” he continued.

“I am deeply disappointed by today’s DACA ruling and the ongoing uncertainty it creates for families and communities across the country,” he said in a statement.

“We are currently reviewing the court’s decision and will work with the Department of Justice on an appropriate legal response,” he added.