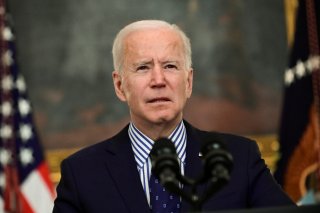 The International Revenue Service announced Wednesday that it will issue refunds to another 1.5 million taxpayers, at an average total of about $1,600. The IRS had identified 1.7 million taxpayers as potential recipients of refunds, of which 1.5 million actually will get them.

As of now, the IRS has sent out more than 8.7 million unemployment compensation refunds, adding up to a total of over $10 billion.

It’s part of a provision in the American Rescue Plan Act of 2021 which, per the IRS, “excluded up to $10,200 in 2020 unemployment compensation from taxable income calculations.”

“The IRS effort focused on minimizing burden on taxpayers so that most people won't have to take any additional action to receive the refund,” the IRS said. "The IRS review means most taxpayers affected by this change will not have to file an amended return because IRS employees have reviewed and adjusted their tax returns for them. For taxpayers who overpaid, the IRS will either refund the overpayment or apply it to other outstanding taxes or other federal or state debts owed.”

The American Rescue Plan Act was passed in March, as the Biden Administration’s rescue package shortly after the new president’s inauguration. The law, which passed with only Democratic votes, was best known for distributing $1,400 checks to most Americans, but other provisions included coronavirus relief, enhanced unemployment benefits, and a large amount of aid to state and local governments. The Rescue Plan Act also included the expanded child tax credit, for which the first payments were sent on July 15.

Since March, the IRS has been releasing periodic reports about how many checks have gone out as a result of the Rescue Plan, with the reports going out weekly for much of the spring and early summer, but less frequently since.

The most recent report came earlier this month when the IRS announced that it had sent out 900,000 payments to Americans who had already received a check but were entitled to more money due to changing financial circumstances, in what is known as a “plus-up” payment.

This was a part of a total of an additional 2.2 million payments, at a value of over $4 billion, that were sent out in the six-week period that ended the week of July 21, therefore bringing the total since the passage of the law to 171 million payments with a total cash amount of over $400 billion.

The IRS says that it will “continue to disburse Economic Impact Payments on a weekly basis.”