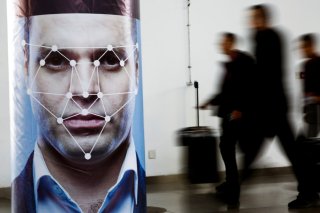 Last year, the Internal Revenue Service (IRS) briefly teamed up with ID.me, a private-sector vendor, to layer additional security on tax filings. The arrangement involved the granting of an $86 million government contract.

Eventually, there was an outcry when it turned out ID.me was using a “one-to-many” database for use of facial recognition for tax filings. In February, the IRS announced that the ID.me deal was off and that the agency “will transition away from using a third-party service for facial recognition to help authenticate people creating new online accounts.”

"The IRS takes taxpayer privacy and security seriously, and we understand the concerns that have been raised," IRS commissioner Chuck Rettig said at the time. "Everyone should feel comfortable with how their personal information is secured, and we are quickly pursuing short-term options that do not involve facial recognition.”

Now, a great of senators have written a letter to the Federal Trade Commission and its chair, Lina Khan, calling for further investigation of ID.me.

“We write to urge the Federal Trade Commission (FTC) to investigate evidence of deceptive statements made by ID.me — a provider of identity verification services widely used by federal and state government agencies — about its use of facial recognition,” the senators, led by Sen. Ron Wyden (D-OR), wrote in the letter.

The letter added that while the IRS ultimately kiboshed its deal with ID.me, other government agencies remain in business with the company.

However, ID.me later admitted that they do, in fact, use that type of recognition, which was part of what ultimately scuttled the IRS’ deal with the company. Now, Wyden and the other senators argue that the company engaged in deceptive business practices.

“We therefore request that you investigate evidence of ID.me’s deceptive public statements to determine whether they constitute deceptive and unfair business practices under the Section 5 of the FTC Act,” the senators wrote to the FTC chair.