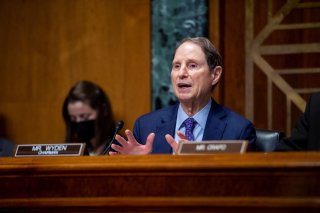 Americans’ struggles getting through to the Social Security Administration (SSA), whether on the phone or in efforts to arrange in-person meetings, have been all over the news so far this year, even after President Joe Biden issued an executive order last year aimed at improving the online services of Social Security and other government programs.

Now, a group of Democratic senators has launched a push to further make things better for recipients.

U.S. senators Sherrod Brown (D-OH), Ron Wyden (D-OR), and Bob Casey (D-PA) have written a letter to Biden asking for the creation of a “Beneficiary Advocate” for the SSA.

The new position would be modeled after the IRS’ Taxpayer Advocate and created to “ensure that the tens of millions of Americans who rely on Social Security, often after a lifetime of work and paying into the system, have a dedicated voice in SSA’s day-to-day operations.”

The senators’ proposal is not legislation, but rather a letter to the president, although creating such a position may require a legislative statute. It is meant to address not only a lack of funding for the program, but the need for a voice to represent Social Security beneficiaries.

“SSA serves nearly 70 million beneficiaries who receive Social Security and Supplemental Security Income benefits. These beneficiaries have faced unprecedented challenges in accessing services over the past two years of the pandemic, compounded by the Agency’s underfunding,” the senators wrote.

“There is more that SSA must do to address these chronic, systemic issues. But the agency lacks a voice to represent beneficiaries. We urge you to create a Taxpayer Advocate-like position at SSA to ensure that beneficiaries have a stronger, dedicated voice in agency operations. Such a position will help our government continue to carry out the solemn commitment Social Security represents to the American people.”

The IRS created the Office of the Taxpayer Advocate during the Clinton administration, in 1996, and it replaced the previous Office of the Ombudsman.

The IRS Taxpayer Advocate’s most recent annual report stated that 2021 “provided no shortage of taxpayer problems.”

“This past year and the 2021 filing season conjure up every possible cliché for taxpayers, tax professionals, the IRS, and its employees – it was a perfect storm; it was the best of times and the worst of times; patience is a virtue; with experience comes wisdom and with wisdom comes experience; out of the ashes we rise, and we experienced historical highs and lows,” the office, currently led by National Taxpayer Advocate Erin M. Collins, said in the report. Before taking that position in 2020, Collins worked for KPMG’s Tax Controversy Services practice.