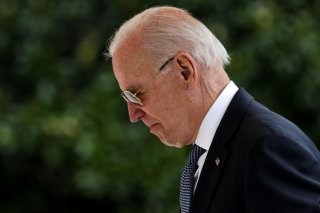 Key Point: A new report is indicating that the ongoing coronavirus pandemic has caused a massive backlog at the processing centers of the Social Security Administration (SSA), which means that many potentially eligible Americans have yet to receive key documentation from the government program.

The report was released by the Office of the Inspector General for the SSA. It notes that thousands of pieces of mail dating back to 2020 were affected by the pandemic. The agency suspended in-person services back in March 2020 and has relied heavily on paperwork for correspondence since then.

After visiting more than seventy Social Security locations—including field offices, program service centers, and Social Security card centers—the Office of the Inspector General discovered that there were “inadequate internal controls over mail processing.” About half of the field office managers claimed that they were overwhelmed by mail-related duties.

At one program service center, there were more than nine thousand unprocessed documents dating back to November 2020—some of which included forms to confirm eligibility for Social Security benefit payments. Another facility had about two hundred thousand pieces of returned, unprocessed mail.

“We believe these deficiencies occurred because SSA does not have comprehensive, specific or detailed policies, management information or performance metrics related to how it processes mail,” according to the report.

“Without this information, SSA cannot know how much unprocessed mail it has, what is in the mail or how old the mail is,” the report states.

The SSA is not the only government agency that has had a hard time keeping up operations with limited resources during the health crisis.

Throughout the past several months, the Internal Revenue Service and the U.S. Treasury Department have worked around the clock to issue tens of millions of $1,400 stimulus checks that were approved under President Joe Biden’s American Rescue Plan.

The IRS is also juggling several responsibilities concurrently, which include the sending out of the monthly expanded child tax credits, “plus-up” payments, and unemployment benefit refunds—not to mention the traditional refunds from federal tax returns.

As for the returns, keep in mind that the agency still has more than thirty-five million individual and business tax returns to process—a mammoth backlog that is believed to be four times larger compared to the end of the 2019 filing season.

“This filing season was the quintessential definition of a perfect storm—a particularly bad or critical state of affairs, arising from several negative and unpredictable factors—resulting in tens of millions of taxpayers experiencing hardship and uncertainty in trying to reach a live assistor,” National Taxpayer Advocate Erin Collins said in a statement accompanying the report.

“In the coming months, the IRS must work through its backlog of tax returns and be current in processing its correspondence while focusing on rebuilding itself to become a more efficient and taxpayer-centric organization,” Collins said. “In the coming years, the IRS must modernize its operations to better meet taxpayer needs, reduce administrative burdens, and improve the delivery of services.”