Should Billionaires Get Social Security? 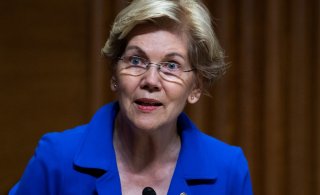 Senator Elizabeth Warren of Massachusetts and Kenneth Langone don’t have a lot in common. Warren, the former presidential candidate, is one of politics’ more vocal critics of both billionaires and of Wall Street, and Langone is a billionaire who got his start on Wall Street, although he’s perhaps better known as a co-founder of Home Depot. Warren is a Democrat, while Langone is a longtime funder of Republican candidates and causes.

On Wednesday, Warren and Langone appeared together on CNBC’s “Squawk Box,” and had an argument over a surprising topic: Social Security. Specifically, Langone argued that as a billionaire, he should not receive Social Security benefits.

“From a fat cat Wall Street guy,” Langone said to Warren. “How do you rationalize giving me $3,000 a month check, every month, with all my wealth? Why don’t you people have the courage to address entitlements, as to what should no longer be an entitlement? I shouldn’t get Social Security.”

He also asked why corporations don’t have an alternative minimum tax, like individuals do, and then asked about carried interest, noting that Home Depot paid one percent of all the corporate taxes in the country last year.

“My wife gets another thousand bucks on top of that,” Langone added in talking about Social Security. “Take it away from me! Have the courage to do it. I know it’s the third rail of politics, but do it.”

Warren started by saying that Amazon founder Jeff Bezos, who is worth “a bazillion dollars,” has not paid taxes on all of that wealth. “A wealth tax is an opportunity to say that if you’re at the very, very top, you have to make a contribution, too.” She added that she has proposed a minimum tax for corporations, which she calls a “real corporate profits tax.”

“Surely, you wouldn't want to be the person who would go on national TV and say: After a contract has been negotiated, and someone has paid into it for forty years, that the federal government should turn around and say, 'Oops, we changed our mind. We're not going to give you the payout that you earned by making those payments all those years.'"

The video had nearly 130,000 views on Twitter as of Wednesday night.