Social Security Bracing for 'A Crush' of Visitors When Offices Reopen 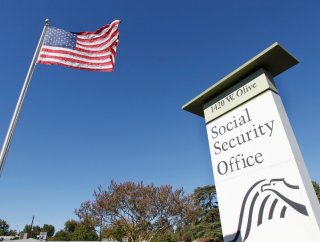 A sixty-four-year-old Texas man was jailed last week after being accused of committing an assault at a Social Security office. According to Fox 44 News, the man is facing felony charges and remains in jail as of late last week.

The man was held on a charge of aggravated assault of a public servant after a “visitor to the office got into a physical confrontation with a security guard.” Police told the outlet that the visitor was “asked to leave and refused,” at which point he “was accused of striking the security guard on the head and in the abdomen.”

Back to the Office

The alleged assault comes as the Social Security Administration (SSA) is preparing to finally reopen its offices in full this April. Some offices have been partially open in recent months. Reuters recently explored what the office reopening might mean for Social Security recipients.

“The good news: The sprawling network of more than 1,200 Social Security field offices around the United States will reopen to the public in early April after a two-year COVID-19 shutdown,” the Reuters piece said. “During that time, nearly all public service has been available only online, and by phone and mail. Millions of Americans who need in-person help from the agency can now start to get it.”

The bad news, however, like so many other aspects of post-pandemic life, is that things aren’t going to immediately snap back to normal.

“The Social Security Administration (SSA) is bracing for a crush of office visitors,” Reuters said. "Along with the pent-up demand created by the long shutdown, the agency’s national toll-free number has been experiencing problems, with some callers getting busy signals or abrupt disconnections, which an SSA spokesman confirmed. The phone system problems are expected to increase demand further in the initial weeks of the reopening.”

The Reuters report added that the Social Security Administration’s issues with underfunding are in part due to recent budget negotiations. The recent government spending resolution added $411 million to the program's budget, which was less than half of the White House’s request.

“Our 2022 funding level will complicate our efforts to improve services to the public, although we remain committed to doing so,” SSA spokesperson Mark Hinkle told Reuters.

Federal News Network reported this month that the Social Security Administration has offered retired employees the opportunity to return to work, in order to help with the reopening of the offices.

“Calling SSA Retirees!!! Looking for another opportunity to help serve the American people? If so, we are seeking retirees to help the agency as we begin to transition to reentry and re-open our field offices to the public. We are seeking temporary support for approximately 400 field offices during reentry.”