Social Security Cost of Living Adjustment: What Difference Will It Make? 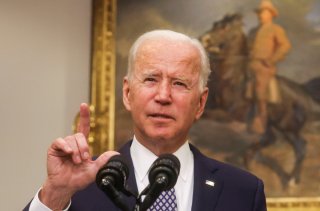 The Social Security Administration has been forecasted by the Senior Citizens League forecasts that the Social Security Administration will raise the monthly payments by as much as 6.2 percent—the single largest increase since the early 1980s—in 2022. The average balance is roughly $1,500 per month; a 6.2 percent increase would raise it to around $1,600 per month on average.

This increase comes as part of a “cost of living adjustment,” a yearly small increase in the check balances by the Social Security Administration. The SSA performs this duty to adjust Social Security payments, which are typically fixed for life for inflation. Because most Americans on Social Security rely on the payments for a large part of their budget, if the payments were kept constant throughout one’s retirement, then that person would gradually earn less and less money as that person grew older, putting his or her retirement at risk.

The COLA adjustment is designed to account for inflation without actually increasing the amount of the payment. The number that the SSA uses is based on the U.S. Department of the Treasury’s “Consumer Price Index” (CPI), an economics measurement that compares the prices of a basket of commonly-used goods. For example, the CPI measures basic foods, gasoline, and bus or airline tickets from year to year to determine how much these prices increase in an average year. That's how an inflation rate is obtained. That rate is usually around 2 percent per year, though it was considerably higher in 2020 after the Trump and Biden administrations agreed to send out stimulus checks, which stimulated extra spending.

In principle, the extra payment created by the COLA adjustment is simply a way of accounting for this inflation—creating the effect of running in place, because prices rise at (theoretically) the same rate as the Social Security taxes increase. However, in some areas, inflation rises unevenly, meaning that some Social Security recipients will be able to spend more money than some in other areas. In practice, this is unavoidable, though, because some areas intrinsically have higher prices than others.

In short, for most Americans, while it may appear as though the Social Security payments are increasing, in principle, they are remaining constant in real terms.