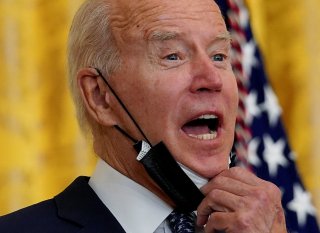 Partly due to the economic fallout from the ongoing coronavirus pandemic, Social Security payments heading out to eligible Americans starting this year will surpass revenues entering the federal government for the first time in nearly four decades.

According to a recent report put together by the U.S. Treasury Department, the Old-Age and Survivors trust fund will only be able to pay the scheduled benefits until 2033, while the Disability Insurance fund has been estimated to be adequately funded through 2057. As for Medicare’s hospital insurance fund, it is slated to be depleted in 2026.

“The finances of both programs have been significantly affected by the pandemic and the recession of 2020,” the Treasury Department said in a statement.

That means beginning in 2034, tax incomes will only cover 76 percent of the Social Security benefits that need to be sent out.

“Employment, earnings, interest rates, and GDP dropped substantially in the second calendar quarter of 2020 and are assumed to rise gradually thereafter toward full recovery by 2023, with the level of worker productivity and thus GDP assumed to be permanently lowered by 1 percent even as they are projected to resume their pre-pandemic trajectories,” the report wrote.

“In addition, the Trustees also project elevated mortality rates related to the pandemic through 2023 (15 percent for those over age fifteen in 2021, declining to 1 percent by 2023) as well as reductions in immigration and childbearing in 2021-22 from the levels projected in the 2020 reports, with compensating increases a few years later. These alterations to near-term data and assumptions all significantly impact the outlook of the programs,” it added.

President Joe Biden’s administration and most Washington lawmakers have been silent on addressing the report’s findings, but Treasury Secretary Janet Yellen has come out and stated that such social welfare programs are “essential.”

“Having strong Social Security and Medicare programs is essential in order to ensure a secure retirement for all Americans, especially for our most vulnerable populations,” Yellen said in a statement earlier this week.

“The Biden-Harris administration is committed to safeguarding these programs and ensuring they continue to deliver economic security and health care to older Americans,” she added.

Working with the President

In addition, Senate Finance Committee Chair Ron Wyden (D-OR) issued a statement saying that Congress must work “hand in hand with President Biden” to ensure that both Social Security and Medicare continue uninterrupted.

“The release of the Medicare and Social Security Board of Trustees annual report provides another stark example of how this pandemic has further hurt the American worker and underscored the need to protect health care for the most vulnerable,” he said.

“According to the report … Social Security trust fund will be depleted a year earlier than last projected. That means workers in the future will take a 25 percent cut in benefits, even though they’ll still be contributing to Social Security with every single paycheck. And while the projected depletion of the Medicare Trust Fund remains unchanged from last year’s report, this provides cold comfort to the millions of Americans who rely on the Medicare program for their health care,” he continued.