What is the Highest Possible Monthly Social Security Payment? 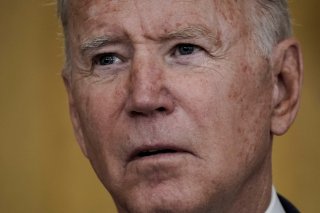 Most Americans claim their Social Security benefits at roughly the same time as their “full retirement age”—an age, generally sixty-six or sixty-seven, at which the Social Security Administration (SSA) decides that the average American will have retired, and therefore the age at which a person is eligible to claim his or her full level of benefits. There is some flexibility regarding when a person can collect; The SSA allows people to wait until age seventy to claim the payments, or file for them early at age sixty-two, for a certain percentage bonus or penalty to the base payment.

According to SSA data, the average monthly benefit for an American retiree is $1,557 per month, or slightly under $19,000 per year. However, the largest check the agency could conceivably mail is more than twice as large—it is $3,895, or nearly $47,000 per year, more than the average working income in the United States. So how can a person receive it?

Get Paid a Lot

The size of a Social Security base payment is based on a person’s work history. Each time a person files a tax return to the IRS, the SSA keeps a record of how much that person earned and paid into Social Security. The earnings from each year are compared to the next, accounted for inflation, and calculated to produce a number—the “average indexed monthly earnings,” or AIME. This number forms the basis for your eventual Social Security payout; Further calculations are needed, but a person’s AIME usually is a good indicator for how much Social Security they will earn.

If a person waits to file for Social Security until they reach the age of seventy, they receive a bonus of roughly 25 to 30 percent on their monthly checks. This is a substantial increase, and waiting for the higher level of benefits at age seventy is a decision that tends to pay for itself over ten to fifteen years, relative to other decisions.

On the other hand, waiting until age seventy to claim benefits can often mean delaying retirement, which few Americans want to do. One positive side effect, though, is that someone who retires at the age of seventy instead of sixty-five will have even more money to spend when he or she decides to.

Money isn’t everything, and some people may find that taking an early retirement is better for them, even at the cost of some of their monthly Social Security payment. However, before a person makes a life-changing decision, it’s vital to know as much as possible about what choices they have.