On Social Security? Here's How to Supplement Your Income. 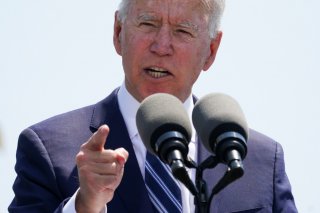 The Social Security program has been a godsend to many Americans over the last several decades.

The first, naturally, is to keep on working—at least on a contractual or part-time basis.

“It may not seem like retirement if you’re working. But work during this time of your life can look completely different from the work you do now,” Motley Fool said. “Right now you may clock in and out of your 9-to-5 job because it pays your bills. But once you’ve retired, you could make money doing something that you’ve always been passionate about but couldn’t do before because it didn’t yield enough income.”

Those people who are in that position should calculate how much they need to live on per year, figure out how much they’ll be getting from Social Security, and work however much is necessary to make up the difference.

Another strategy is for future recipients of Social Security to save more while they’re still working.

“You could be stretched to the limit already and saving as much for retirement as possible. But if there's any wiggle room, small amounts over time could accumulate by a lot,” Motley Fool says. “And if you can come up with the equivalent of $100, $200, $300, or $400 monthly, you could save anywhere from $100,000 to $500,000 or more for retirement. The table below shows how different amounts of money saved over 25 years could grow when invested at different rates of return.”

That table shows that those people who save more while working can have an easier time of it once they’re getting Social Security.

The third piece of advice shared is to structure investments in order to create other income streams.

“As you start thinking about retiring, your personal finance goals may shift," according to the article. “You may find that you're less concerned about growing your money and more interested in preserving it. As a result, your asset allocation model could naturally shift toward investing in instruments like bonds more than in stocks. But this move could do more than just make your accounts more conservative. It could also provide you with income that you can use in retirement."

“Your retirement should be a time that you can look forward to," the article continued. “But stressing out about how you'll finance it can take away from this enjoyment. The earlier you can plan for shortfalls that you may have, the better your chances will be of solving them.”