Some Americans Still Have Time to Claim a Third Stimulus Check 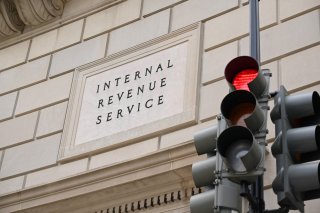 With the tax day deadline of April 18 fast approaching, time is running out for those Americans who might still be eligible to receive a third stimulus check worth $1,400.

Late last month, a report released by the U.S. Treasury Department revealed that nearly 645,000 Americans who were deemed eligible for the American Rescue Plan-approved stimulus checks had not received their direct payments as of mid-September.

According to the report, this includes people with Individual Taxpayer Identification Numbers who did not receive a check for eligible dependents with valid Social Security numbers and people who were eligible due to the Internal Revenue Service’s (IRS) “adjustment of their unemployment income exclusion from taxable income.”

As of mid-September 2021, the IRS had issued payments to approximately 167 million people, which came out to about 99.5 percent of the total. The missing funds were estimated to be $1.6 billion.

According to GOBankingRates, “some of these individuals eventually got their checks, but the total of late recipients is not identified in the report.”

A variety of factors can contribute to an individual not receiving the third check. According to the GOBankingRates report, “some families who had a child in 2021 may not have received their third payment for that dependent because the IRS relied on their prior tax returns to determine their eligibility. They simply wouldn’t have known about the eligible child.”

“If you had a decrease in income last year, you may qualify for a stimulus check now due to income cut-offs that have been rendered irrelevant. For example, if you originally made more than the $160,000 salary threshold, but fell below this income line in 2021, you may be entitled to stimulus funds,” the report continues.

However, for those unfortunate few who are still waiting for their stimulus check, the Recovery Rebate Credit is a rather simple solution.

“If you didn’t qualify for a third Economic Impact Payment or got less than the full amount, you may be eligible to claim the 2021 Recovery Rebate Credit based on your 2021 tax year information,” the IRS writes on its website.

“If you’re eligible, you’ll need to file a 2021 tax return even if you don’t usually file a tax return. Your 2021 Recovery Rebate Credit will reduce any tax you owe for 2021 or be included in your tax refund,” it continues.

After figuring out the total amount of the Recovery Rebate Credit, the money will eventually “be direct deposited into your financial account.”

Another piece of good news is that the IRS has already confirmed that individuals who have received their third round of stimulus checks won’t be responsible for any future taxes.