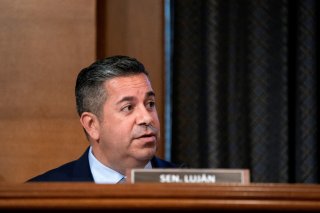 The legislation “requires data caps be only used for network management purposes and directs the Federal Communications Commission (FCC) to hold providers accountable when they impose predatory data caps.”

Comcast drew fire last year for proposing a new data cap for its customers in northeastern states, but the cable giant ultimately delayed the move by a year.

“As internet usage continues to be a necessity for work, education, and health care, no family should have to worry about extra fees and costs because of unnecessary limits on their data,” Senator Luján, chairman of the Commerce Subcommittee on Communications, Media, and Broadband, said in the statement announcing the legislation.

“Today, I’m introducing the Uncap America Act to put a stop to these costly data caps and increase competition and innovation in our growing digital economy. This legislation also empowers the FCC to protect Americans’ access to data while incentivizing additional investments in our national broadband infrastructure.”

However, an article published on the website of the American Enterprise Institute (AEI) questioned whether the data cap legislation was the right thing to do.

“The reality is that consumers vary markedly in their consumption of data. For as long as broadband has been offered, the distribution of demand has been skewed, with mean demand sitting above the median. This means that more subscribers consume less data than average because a small number of consumers—fueled by flat-rate tariffs—consume notably more than average,” argued nonresident senior fellow Bronwyn Howell

“By offering a range of tariffs, higher fees can be charged for flat-rate tariffs, and consumers with lower usage can opt for lower tariffs with data caps reflecting their different usage,” Howell continued.

The piece went on to argue that such legislation could stifle innovation and that low-volume customers would likely end up paying more or even be priced out of the market.

“While the senators undoubtedly have good intentions, their proposals fly in the face of economic realities. And if the economics defy them, a simple analogy may help reveal the realities.”

Meanwhile, Techdirt, a technology-focused blog, criticized the bill from another angle.

“With the midterms looming, Democrats are apparently once again embracing one of their favorite ‘strategies’: pushing bills they know have no chance of passing, that may not even do the thing they claim to do, in a bid to make it look like at least they’re ‘doing something.’”