Stimulus Check Alert: What Are the Odds of a Fourth Payment? 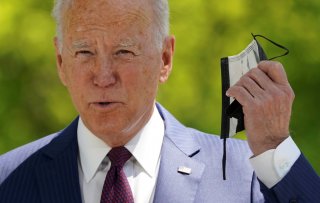 The IRS is continuing to distribute direct federal stimulus payments of up to $1,400 to eligible Americans as called for under the American Rescue Plan. The IRS has to date sent out over 165 million payments worth more than $388 billion in total.

There are reasons to believe that the IRS’ distribution of these payments is nearing its end, however, with the agency now having used up the majority of the funds available to it for the payments and having switched its focus to sending payments to those Americans whose eligibility is dependent on the processing of their 2020 tax returns.

The possible end of the distribution of stimulus payments comes as many Americans are increasingly calling for further payments in the future. One online petition has now received over two million signatures in support of not just a fourth payment but also recurring payments for the duration of the pandemic. Many Democratic members of Congress have also called on the Biden administration to push for recurring stimulus payments of $2,000 per month.

The likelihood that such payments will come to pass, at least in the near term, remains quite low. Even as support among some Democrats for the payments has grown, support remains low among moderate Democrats and most Republicans, who have pointed to the budget implications of such payments.

In addition, the economic revival brought on in large part thanks to the third-round of stimulus payments has lessened the demand for additional stimulus payments among some lawmakers. Senate Minority Leader Mitch McConnel has said previously that with the economy poised to boom as more and more Americans receive their COVID-19 vaccinations and as businesses begin to reopen in many parts of the country, that he “can’t imagine” that a fourth stimulus payment would be necessary.

It also does not appear likely that a fourth stimulus payment will be included in the passing of the Biden administration’s two proposed tax and spending bills. The White House has given no indication that it will push for the inclusion of payments in either of the bills, with White House press secretary Jen Psaki recently commenting that the issue of a fourth payment would be left up to Congress. House Speaker Nancy Pelosi, meanwhile, has said that getting the Biden administration’s two proposed stimulus bills passed is a priority, but has made no mention about the possibility of them including a fourth stimulus payment.

Even so, additional money sent directly to some Americans is still likely, even if it does not come in the form of a fourth stimulus payment. This includes the expanded child tax credit that will see monthly payments made to eligible American families starting in July, which the Biden administration’s American Families Plan would extend through 2025.