Study: More Than 60 Million Tax Returns Could Be Completed Automatically 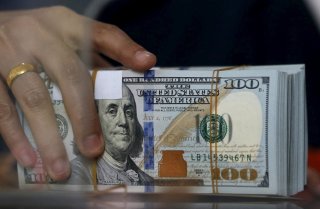 A new working paper released by the National Bureau of Economic Research is showing that the Internal Revenue Service (IRS) may have the ability to automate sixty million tax returns each year. The analysis was conducted by researchers from the U.S. Department of the Treasury, the Minneapolis Federal Reserve, and Dartmouth College.

According to personal finance expert Kate Dore at CNBC, the tax agency “could correctly auto-fill an estimated sixty-two million to seventy-three million returns with information it already has, covering 41 percent to 48 percent of taxpayers.”

“Each year Americans spend over two billion hours and $30 billion preparing individual tax returns, and these filing costs are regressive,” the paper states. “To lower and redistribute the filing burden, some commentators have proposed having the IRS pre-populate tax returns for individuals,” it continues. The authors conclude that “our results suggest that pre-populated returns would be accurate for a substantial share of U.S. taxpayers.”

Tommy Lucas, a certified financial planner and enrolled agent at Moisand Fitzgerald Tamayo in Orlando, Florida, told CNBC that this would be a great way to streamline the tax-filing process. “I absolutely agree with these findings,” he said. “It would save so many people the stress and headache of figuring out what documents they need, or how they are going to pay for their return to be done.”

The study comes as the highly backlogged IRS is still working through millions of unprocessed tax returns and correspondence. The biggest culprit leading to current refund delays that many Americans are experiencing is from filing a paper return, as most tax experts agree that will only add to the massive backlog.

National Taxpayer Advocate Erin Collins told a House committee in February that filing a paper return remains “at the heart of the agency's challenges and processing tax returns.” She even described them as the IRS’ “kryptonite” since many of those must be manually entered into the system. While it may take twenty-one days to process error-free electronic filings, refunds for paper returns may take “six months longer,” Collins explained.

Meanwhile, IRS Commissioner Charles Rettig told a House panel last month that largely due to longstanding funding and staffing issues, “we are forced to make difficult decisions regarding priorities, the types of enforcement actions we employ, and the service we offer.” He added, “IRS employees want to do more to help taxpayers. We want to be able to answer the phones and respond to questions. We want to be ready, whenever crisis hits, to deliver economic relief quickly—as our employees demonstrated repeatedly during the current pandemic, working long hours to deliver crucial programs.”

President Joe Biden and most Democrats have been pressing for an $80 billion investment over the next decade to rebuild the IRS’ capabilities, but that House-approved effort has stalled out in the Senate.