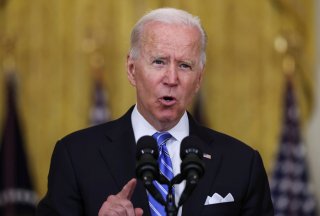 The Supreme Court on Thursday, with a vote of six to three, struck down a 108-year-old New York law limiting who can obtain a license to carry a concealed handgun in public.

According to the Associated Press, roughly a quarter of the U.S. population currently lives in states that are expected to be affected by the decision, which is considered to be one of the most consequential rulings on gun control in over a decade. California, Hawaii, Maryland, Massachusetts, New Jersey, and Rhode Island all have laws similar to New York’s—and those laws are expected to be quickly challenged.

Justice Clarence Thomas wrote that the Constitution protects “an individual’s right to carry a handgun for self-defense outside the home.”

That particular right is not a “second-class right,” he continued. “We know of no other constitutional right that an individual may exercise only after demonstrating to government officers some special need,” Thomas argued.

In response, President Joe Biden said in a statement he was “deeply disappointed” by the Supreme Court ruling. It “contradicts both common sense and the Constitution, and should deeply trouble us all,” he added. “I call on Americans across the country to make their voices heard on gun safety. Lives are on the line.”

Meanwhile, New York Gov. Kathy Hochul said on Friday that the state plans to respond to the ruling, which she called “reprehensible.”

“We believe that the decision was shocking in its scale and also reprehensible given that we are experiencing a nationwide gun violence crisis,” she told CBS News.

“We never were taking away your right to possess a gun. We have a right to restrict who has it and where they use this gun. If someone wants a legal gun licensed protection in their home that is their domain, they did do that. We've always allowed for that. For hunting and other purposes. To think that someone would be able to do this on a subway, in a crowded, you know, tense situation during rush hour, no, no. We have a right to protect our citizens, not take away your right to own,” Hochul continued.

However, per USA Today, there are plenty of supporters of the Second Amendment who have lauded the ruling.

“Individuals are their own first responders, they’re the ones that are responsible for their own protection first and foremost. It is not always an option to wait on the phone when 911 police response times are several minutes and there’s a bad guy in your house or there’s a bad guy attacking you on the street,” Scott Pulaski, an owner of a gun store and shooting range in Illinois, told the paper.

“The idea of the state being allowed to arbitrarily decide the rights of others finally being stripped down is a great thing for the restoration of rights,” he concluded.