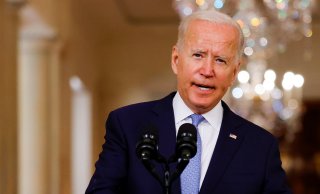 Over the past year and a half, Congress has approved the delivery of three cash payments to most eligible Americans—a $1,200 check in the spring of 2020, $600 in December, and the current $1,400 payments approved last spring under President Joe Biden’s $1.9 trillion American Rescue Plan.

Although the direct payments have been seen by millions as timely lifelines amid the ongoing coronavirus pandemic, many are still demanding that more needs to be done—such as quickly approving a fourth or even a fifth round of stimulus checks.

It now appears that some Democrats are taking direct aim at former President Donald Trump’s 2017 law that largely dictates how the government taxes U.S.-based multinational firms depending on the location of their respective headquarters and where they earn profits. By overhauling this, it could raise approximately $800 billion.

“I’d say it is one of the more important revenue raisers in the Biden agenda,” Kyle Pomerleau, a senior fellow at the American Enterprise Institute, recently told NBC News.

“The international provisions, at most, will raise around $800 billion,” he added.

With that much extra money, the federal government would indeed have the necessary ammunition to be able to finance two more $1,400 stimulus checks.

Sens. Ron Wyden of Oregon, Mark Warner of Virginia, and Sherrod Brown of Ohio have already released a draft framework to accomplish this.

“While working families have struggled to get ahead, companies that saw their taxes cut in half are doing better than ever before, and paying less in taxes than any time since World War II,” Wyden said in a statement.

“To right the ship, we’re ending incentives to ship jobs overseas and closing loopholes that allow companies to stash their profits in tax havens,” he continued.

Although Biden and the White House have been mostly silent on the issue, do take note that passing another round of stimulus checks isn’t entirely off the table.

Earlier this summer, during a White House press briefing, Press Secretary Jen Psaki told reporters that “(President Biden) is happy to hear from a range of ideas on what would be most effective and what’s most important to the economy moving forward.”

In addition, in a separate briefing, she essentially punted the responsibility to Congress in passing more stimulus: “We’ll see what members of Congress propose, but those are not free.”

Currently, the closest equivalent to another round of stimulus checks is the recently rolled out expanded child tax credits, which allow eligible parents to collect $250 or $300 for each child every month through the end of the year.